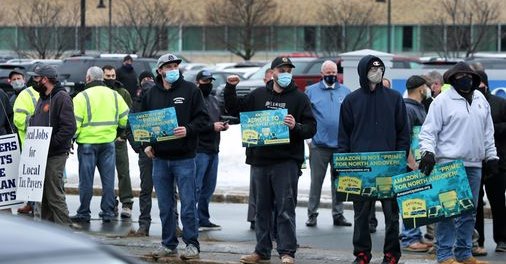 JC10 News
March 3, 2021March 3, 2021 NewEnglandTeamsters
TEAMSTERS IN THE NEWS
Boston-area labor unions assail Amazon amid tech giant’s Mass. expansion
The rally marked the latest step in months-long campaigns organized by local unions that have featured television and other advertisements as well as city council resolutions in Boston, Cambridge and elsewhere calling out the company for its labor practices. The AFL-CIO’s local chapter and Teamsters Local 25 are among the groups that have been critical of Amazon, which is opening up warehouses, delivery sites and other facilities across Greater Boston. 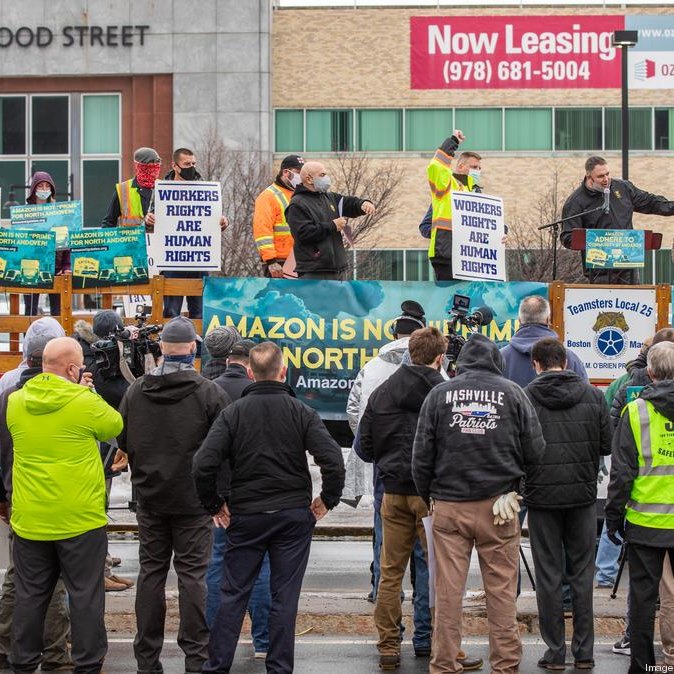