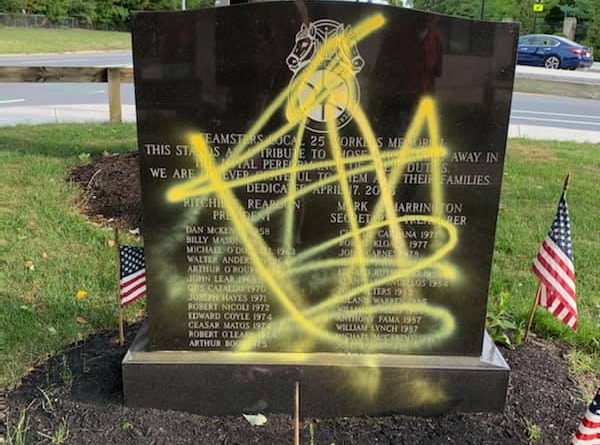 JC10 News
September 14, 2020 NewEnglandTeamsters
This morning Teamsters Local 25 officers and staff walked into the unthinkable; our Workers Memorial was vandalized. Cowardly acts like this have become way too familiar in the world we live in.
This Memorial stands tall as a tribute to Teamsters Local 25 members who have been killed on the job. Each year, we hold a solemn ceremony on April 28, Workers Memorial Day, to honor our brave brothers and sisters who have lost their lives. (photos are from the 2019 ceremony).
News spread quickly and Teamsters did what Teamsters always do. They stepped up. Thank you to the many, many members and friends who have called to see what they can do. A professional cleaning will be done and the stone will be restored to its original being. We will prevail stronger than ever.
Teamsters Joint Council 10 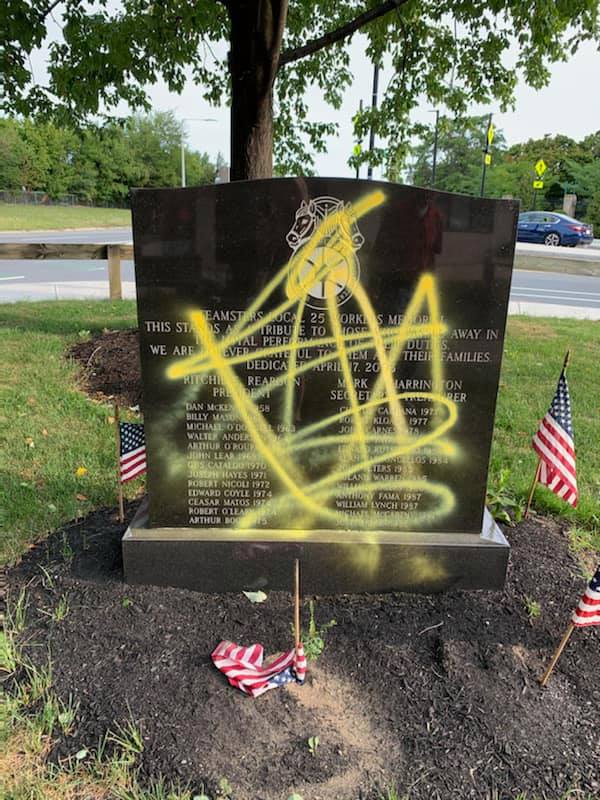 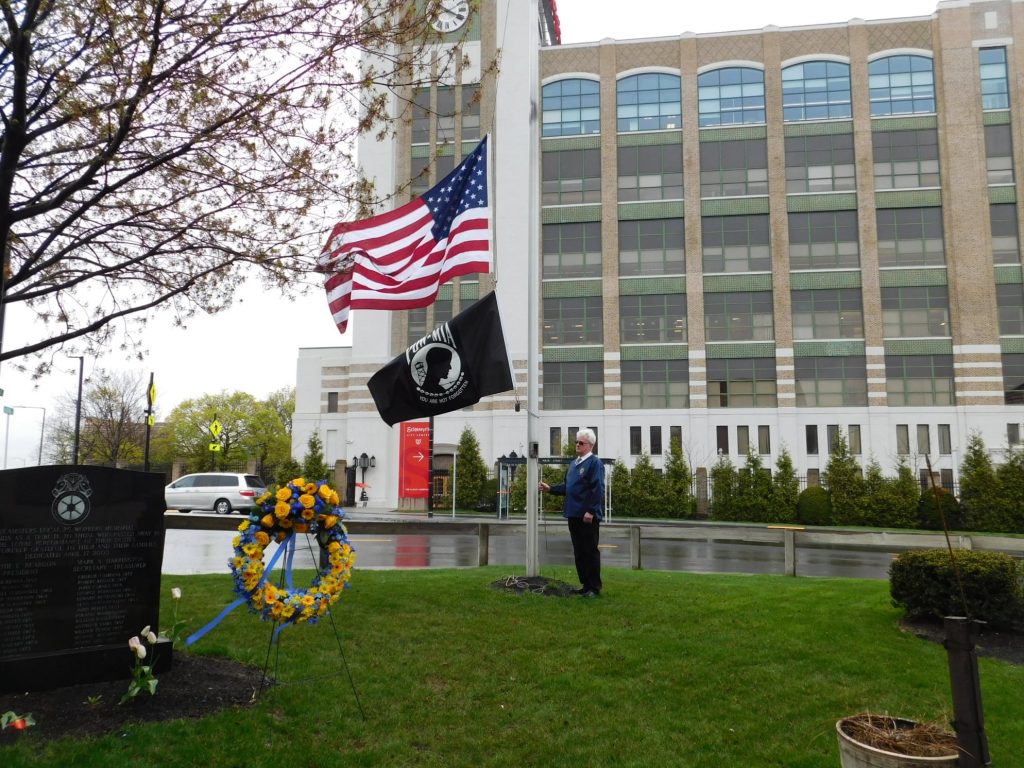 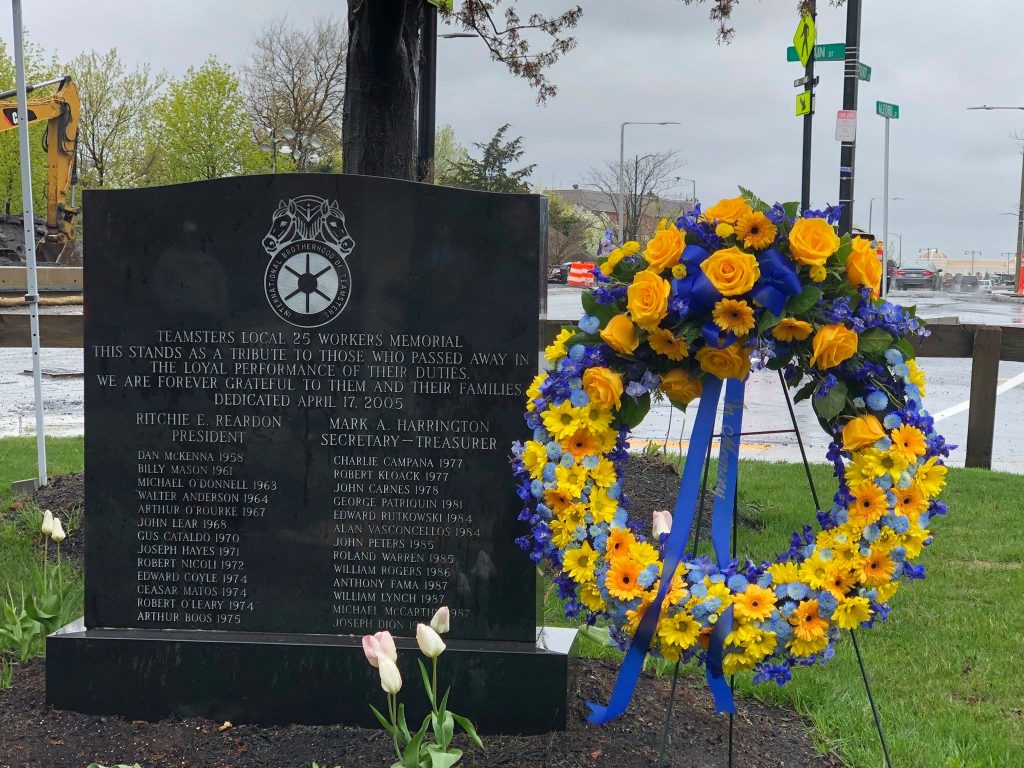