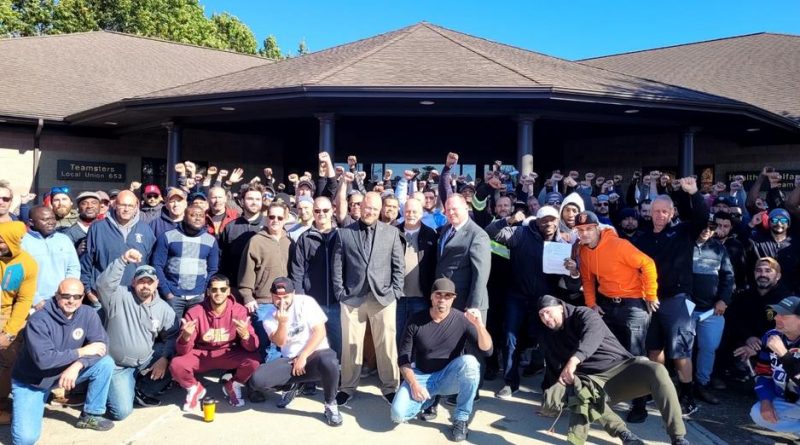 SYSCO UPDATES
October 20, 2022November 4, 2022 NewEnglandTeamsters
VICTORY FOR TEAMSTERS LOCAL 653 SYSCO WORKERS
THANK YOU NEW ENGLAND TEAMSTERS
“I’ve never been prouder to be a Teamster. This fight proves that we truly are the biggest, fastest, strongest union in the world,” said Kevin Whitten, a 15-year driver at Sysco Boston and shop steward for Local 653. “This strike brought members together like never before and built solidarity that will continue for years to come. We want to thank everyone from across the country who stood with us. Sysco will now think twice before trying to take on the Teamsters.”
Teamsters Union Local 653
#newenglandteamsters
#syscoteamsters