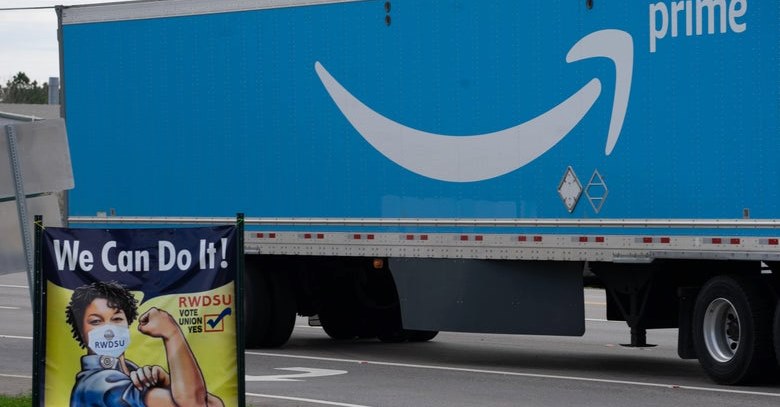 JC10 News
March 11, 2021March 11, 2021 NewEnglandTeamsters
THE MORNING READ
“A nationwide campaign to boycott Amazon is going viral this week as workers at the company’s warehouse in Bessemer, Alabama, push to form a union. But there are a few issues: The actual organizers behind the effort in Alabama have nothing to do with the boycott. Some labor experts say this kind of boycott could ultimately hurt the union drive. And to experienced labor activists, the obscure group behind the boycott has raised some red flags, leading to speculation that either they don’t quite know what they’re doing, or they’re actually some kind of anti-union cut-out.”