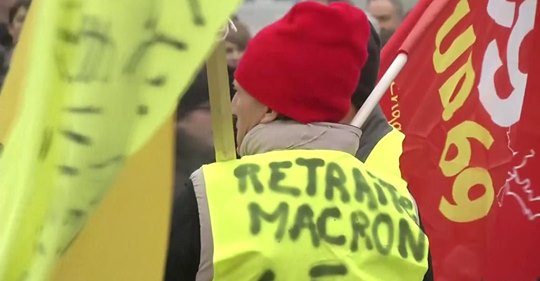 THE MORNING READ
“‘Workers are angry at being forced to retire later or face reduced pensions. School and transport workers have been joined by police, lawyers, and hospital and airport staff for a general walkout that could include millions of people.
‘What we’ve got to do is shut the economy down,” said union official Christian Grolier of the Force Ouvrière (Workers’ Force). “People are spoiling for a fight”