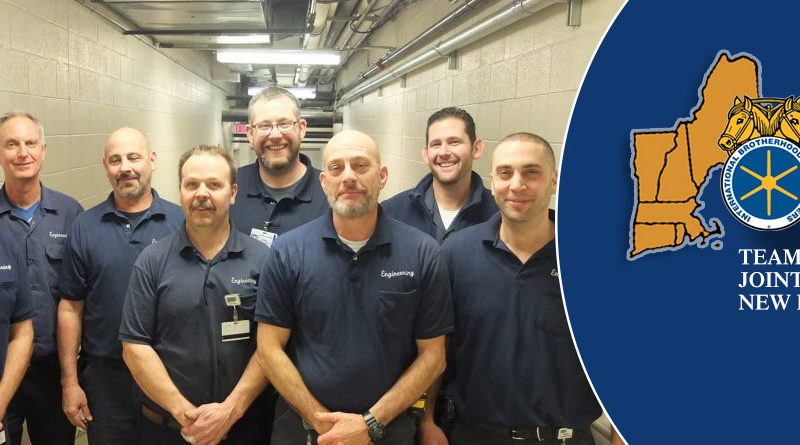 TEAMSTERS@WORK – LOCAL 677
At every hospital; doctors, nurses and technicians care for those in medical need. But right behind them is a staff of nearly invisible professionals, making sure the medical professionals can do their jobs.

At Griffin Hospital in Derby Connecticut, 15 Teamsters keep the water flowing, the lights on, the building heated in the winter and cooled in the summer. And when a door comes of the hinges (literally) they are there to make sure it’s back to swinging the right way 24-hours a day, 7 days a week. Griffin’s Teamsters are licensed plumbers, electricians, carpenters, HVAC engineers professional painters and carpenters.
“Hollywood loves making TV shows about the doctors and nurses every year. St. Elsewhere, Chicago Hope, Gray’s Anatomy, the list goes on and on. Someday it would be great to see a show about the people who keep the building from falling apart,” John Capobianco, Teamsters Local 677 Secretary-Treasurer. “The public sees their work every day, but because they are so good at what they do, the public never notices.”
Griffin’s engineering department join Teamsters Local 677 more than a quarter century ago. The workers enjoy a Teamster pension and the finest Teamster health and welfare benefits.
“The medical staff at Griffin does a great job caring for the health of our community,” said Ron Behrle, the group’s union steward. ““We’re here making sure building doesn’t get sick and if it does, we’re ready to step up.”
#newenglandteamsters #teamsterslocal677 #teamstersatwork #teamstersonthejob