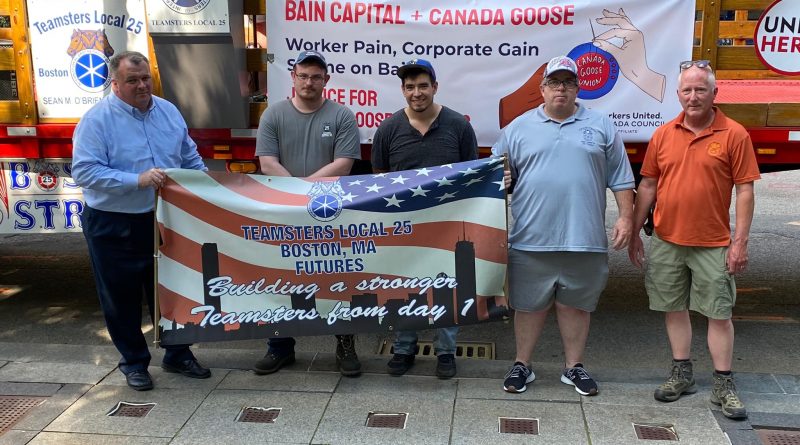 JC10 News
July 1, 2021July 1, 2021 NewEnglandTeamsters
TEAMSTERS RALLY FOR CANADA GOOSE WORKERS TRYING TO UNIONIZE
Today Teamsters Boston Futures and members participated in the #ShameOnBain Rally outside Bain Capital headquarters in #Boston to support Canada Goose workers attempting to unionize in Winnipeg, Canada.
“Teamsters Local 25 is proud to stand-up for workers and proud to fight against greedy corporations who try to intimidate their employees,” said Teamsters Local 25 President Sean O’Brien. “While these workers were producing luxury winter coats and PPE for hospitals during the pandemic, they were subjected to unsafe, filthy work conditions while Bain Capital used fear and intimidation to prevent them from unionizing. Boston and Teamsters Local 25 are sending a message to Bain and all greedy corporations that it’s time to start respecting blue-collar workers.”
The workers are mostly immigrant women who earn low wages and endure horrendous and sickening working conditions while Bain Capital continues to enjoy significant profits. Boston City Councilor and Local 25 endorsed Boston Mayoral Candidate Michelle Wu, and Lawrence Mayor Kendrys Vasquez were among those standing in support of the Canada Goose workers.
“Boston’s leadership matters far beyond our borders,” said Boston City Councilor Michelle Wu, the mayoral candidate endorsed by Teamsters Local 25. “I’m proud to stand with our allies in labor across our city to call for accountability and action to build this movement for the fair wages and safe working conditions that every family deserves.”
“Sadly in 2021, more than 100 years after the textile strike in my hometown of Lawrence, the bosses have learned little from the blow workers delivered to them then. Canada Goose workers will win this fight for dignity at work because they stand together, because history is on their side, because this is a righteous fight” said Mayor Kendrys Vasquez For Mayor of #LawrenceMA, the birthplace of the textile labor movement. He added “we will win this fight, which is not just a fight for bread, but for roses too.”
Canada Goose was once a strong union company, but when Boston-based Bain Capital bought majority ownership in 2013, it began using union-busting tactics to weaken the workers’ position. In just a few years, Canada Goose has gone from a 100-percent to just 30-percent union. Canada Goose Union, Workers United has launched a social media campaign called #ShameOnBain to raise awareness of the plight of these mostly female, immigrant workers. The Boston #ShameonBain Rally was also viewed virtually in Canada and other cities across the world. 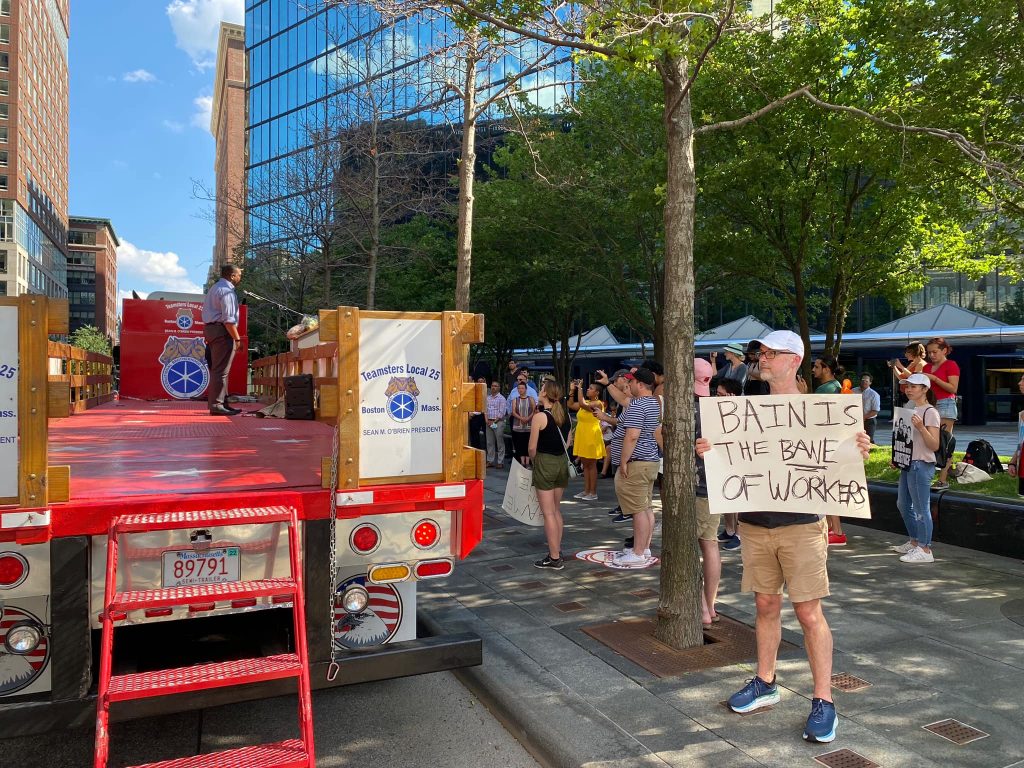 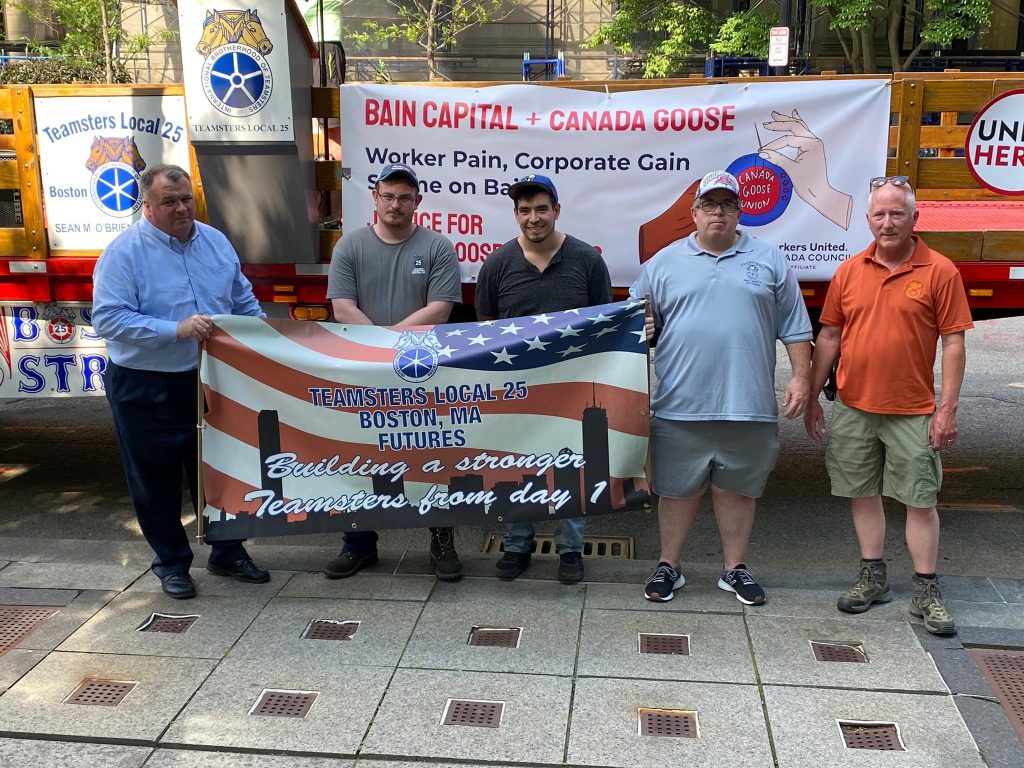 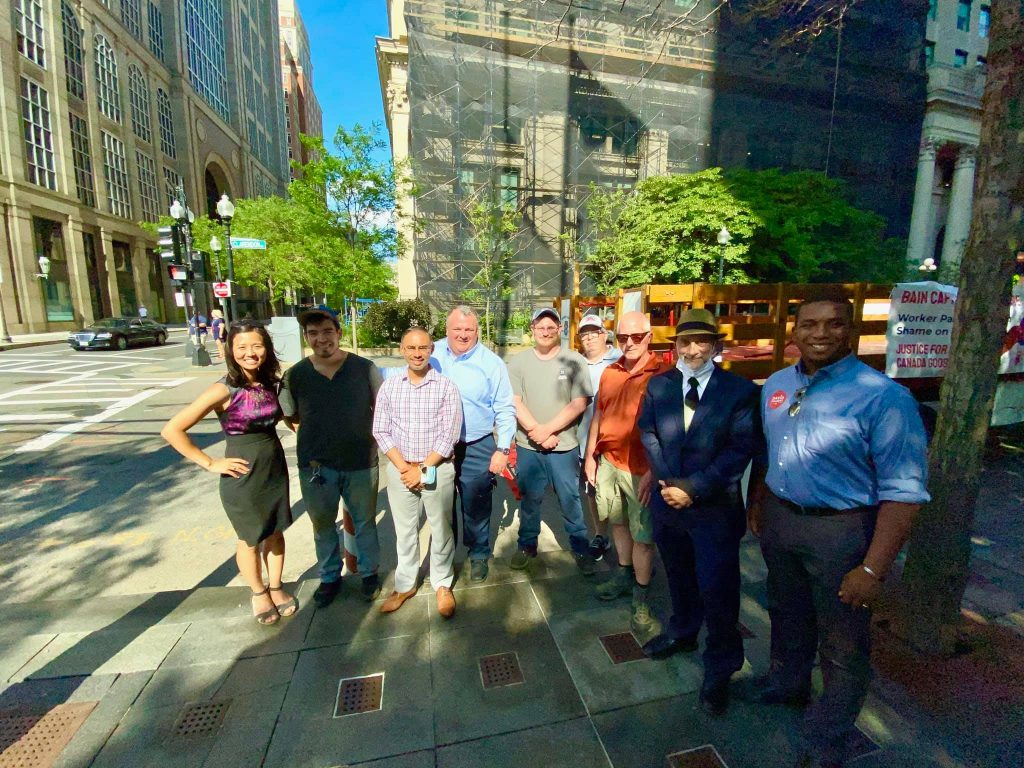 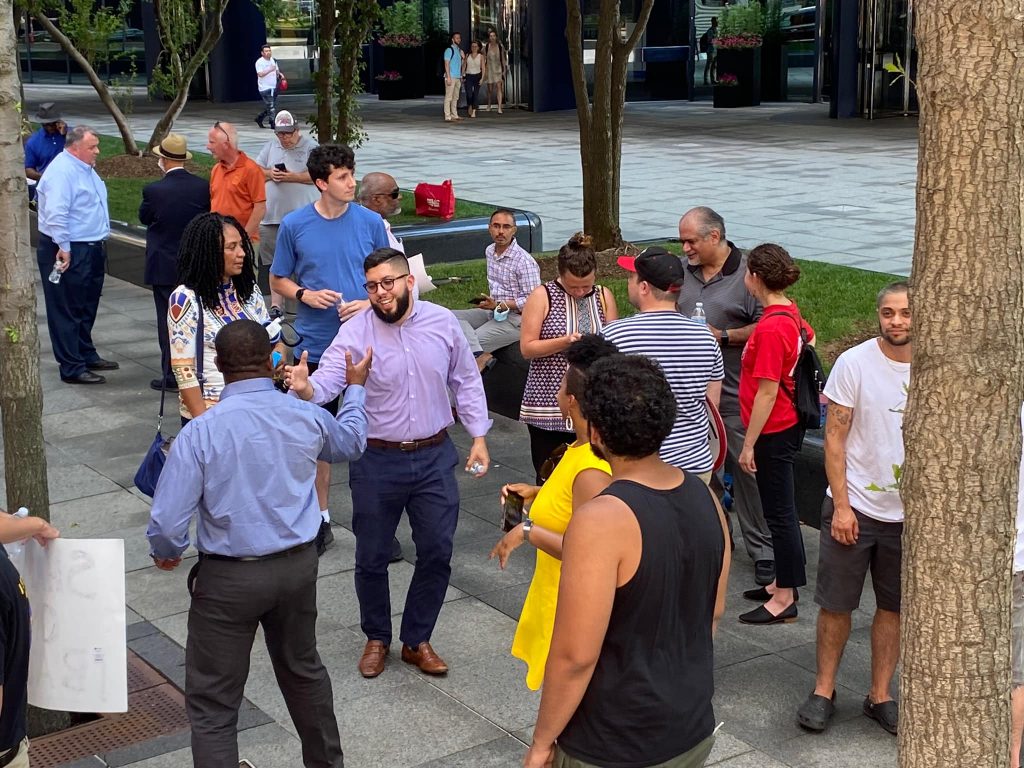 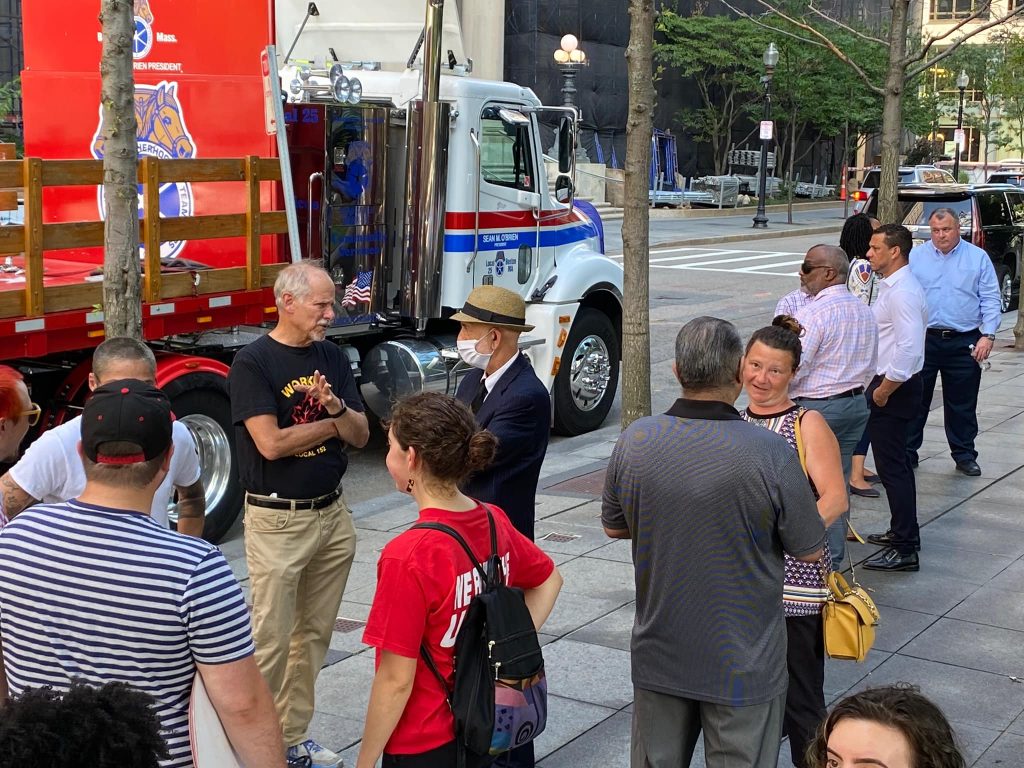 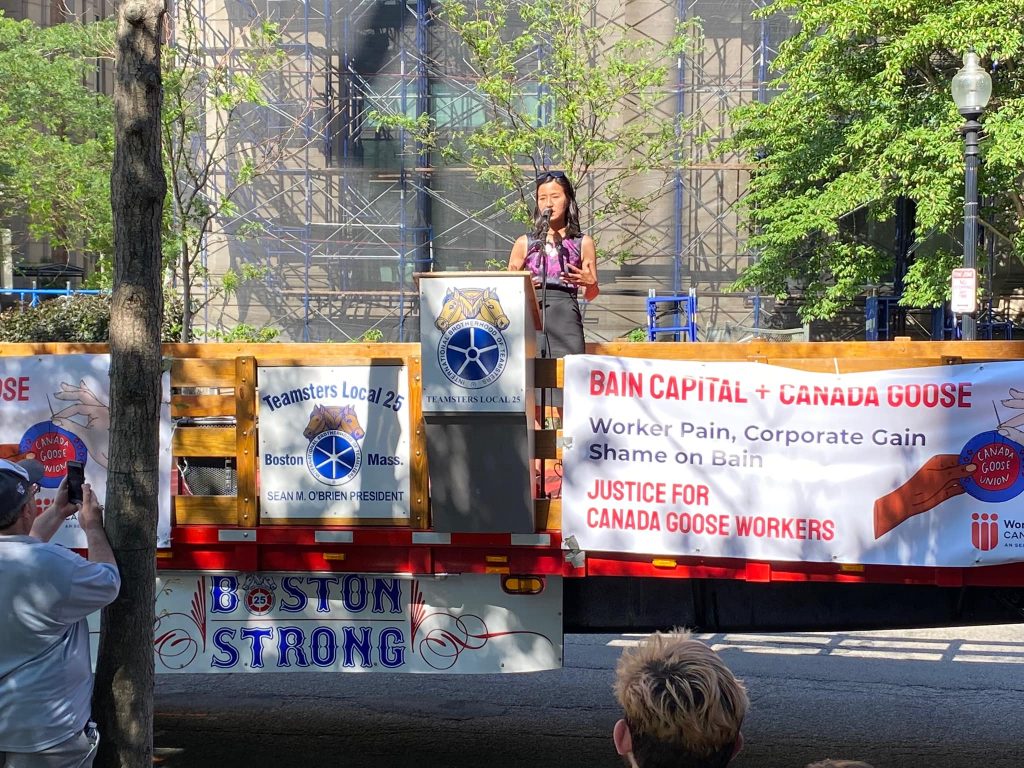 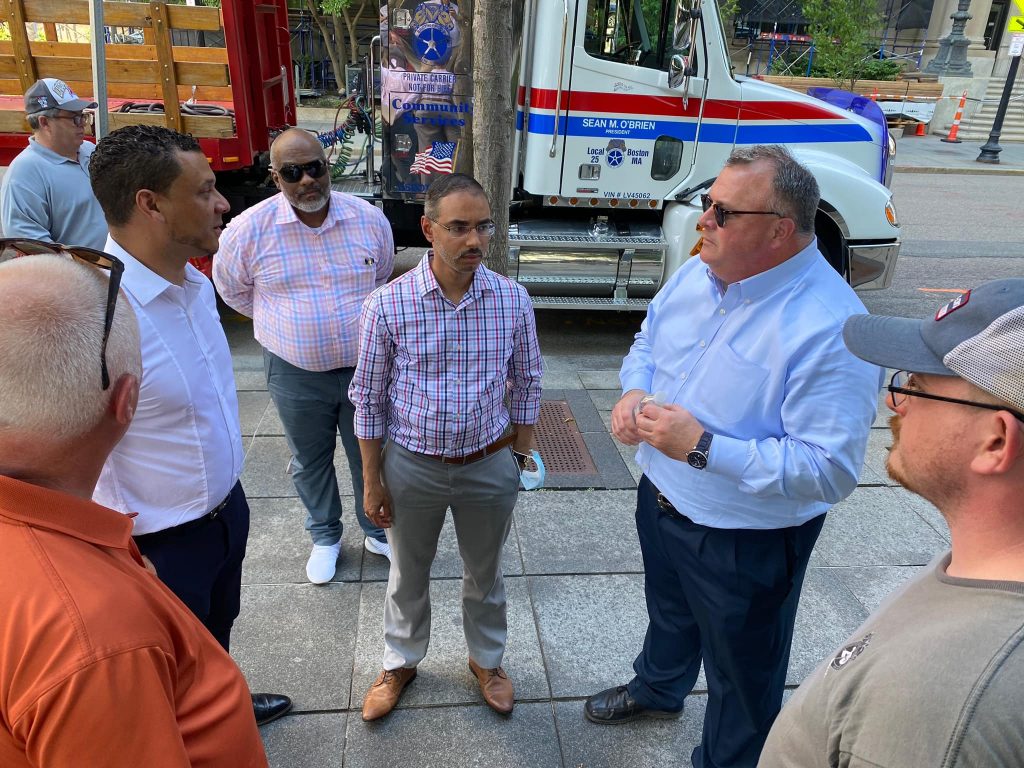