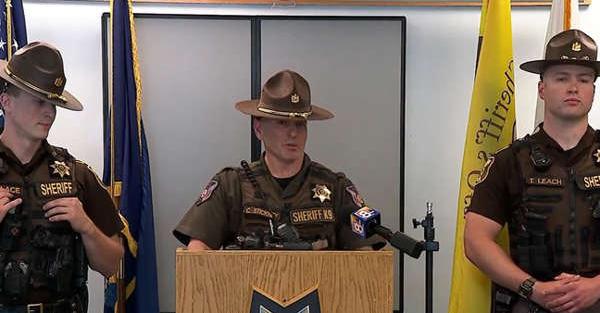 JC10 News
June 24, 2022 NewEnglandTeamsters
TEAMSTERS LOCAL 340 MEMBERS HELP SAVE THE LIFE OF 11-YEAR-OLD BOY
A young boy in Raymond, Maine, is alive and healthy today because of the quick thinking and compassion of Teamsters Local 340 member’s Christian Stickney, Daniel Place, and Tyler Leach.
The Cumberland County Deputies responded to the call at about 10 p.m. on June 4 and were able to help the young boy who was having a severe asthma attack.
Stickney, who immediately began CPR on the child, said: “I’ve had to do it on adults several times in my career. This was the first time for me personally on a child.”
“When I walked in there and I saw the boy that wasn’t breathing, he went limp, turning blue,” Place said. “Nothing can prepare you for that. I couldn’t imagine if that was my son how I would handle that scenario. I wanted to be able to do everything I could for that boy.”
The deputies continued to assist rescue personnel until the young boy was loaded into the ambulance and taken to the hospital.
When asked what he would say to the three deputies, the boy said, “Thank you, for saving my life.”
THANK YOU, BROTHERS!