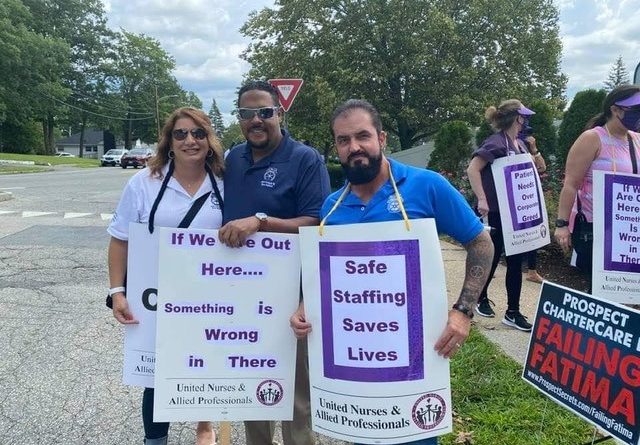 UNAP Local 5110-represented nurses and health care professionals held an informational picket last week. Local 5110 and Fatima management have been bargaining for a new contract since early April 2021, but the for-profit Prospect CharterCare, owner and operator of Fatima Hospital, refuses to negotiate a contract with sufficient protections for hospital patients and the front-line nurses and health care professionals who care for them.

“We stand in solidarity with these essential workers,” said Matt Taibi, Teamsters Local 251 Principal Officer. “As a union that represents health care professionals we understand that an injury to one worker is an injury to all.” 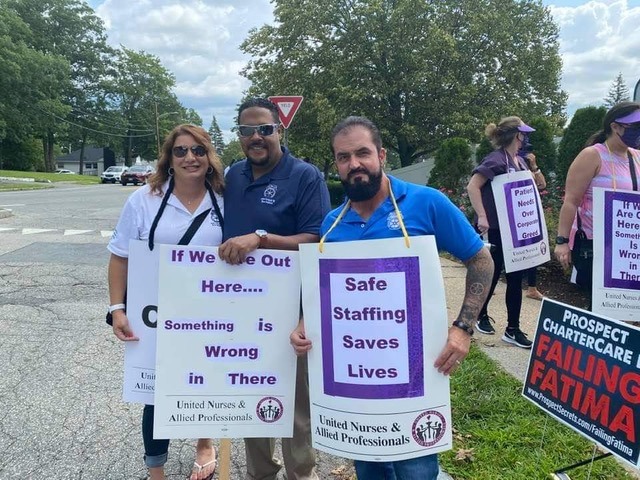