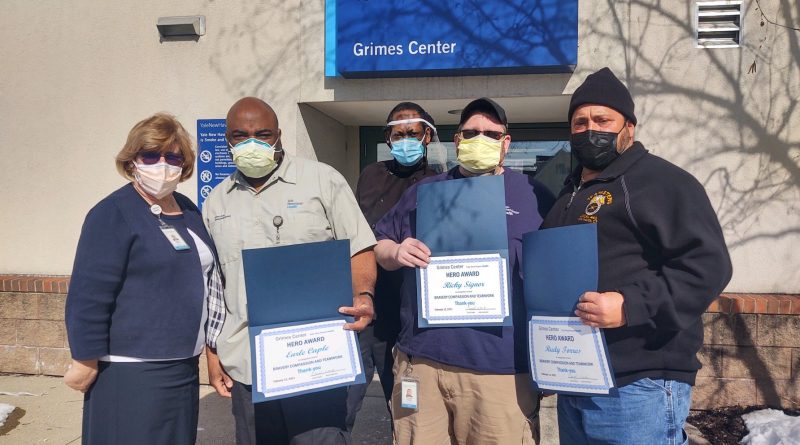 JC10 News
February 24, 2021 NewEnglandTeamsters
TEAMSTERS HONORED FOR SAVING LIVES AT NEW HAVEN NURSING HOME
Teamsters Local 443 Steward Rudy Torre and other members braved a fire and brought 14 residents out of harm’s way at the Grimes Health Care Center in New Haven. During a snowstorm on Super Bowl Sunday, the Teamsters evacuated the residents from the burning wing in the six minutes before the fire department arrived.
Today the Teamsters were honored by Yale CEO Marna P. Borgstrom for their heroism. Among the Teamsters who were honored were Earle Caple, Ricky Signor, Kenya Yarborough and Ann Carbone. The members were recognized via a Zoom Town Hall that had more than 2,000 participants.
“While most people might run from a fire, Teamsters ran in. They didn’t hesitate and successfully evacuated residents so New Haven’s fire fighters could stop the fire and avoid any tragedy,” said Sal Abate, Teamsters Local 443 Principal Officer. “We’re proud of our sisters and brothers at the Grimes Center who show each and every day how essential they are to the community.”
The incident destroyed 27 rooms of the 105-bed facility.
Local 443 has represented members at the facility for the last 15 years. Current Business Agent Vito A. Bonanno initially organized the group into the union when he was working as the facility’s building mechanic. More than 85 members work at the 105-bed facility that provides nursing and physical rehabilitation care. The members serve as facilities maintenance, laundry, food, housekeeping and environmental services workers. The local also represents CNA’s at the facility. 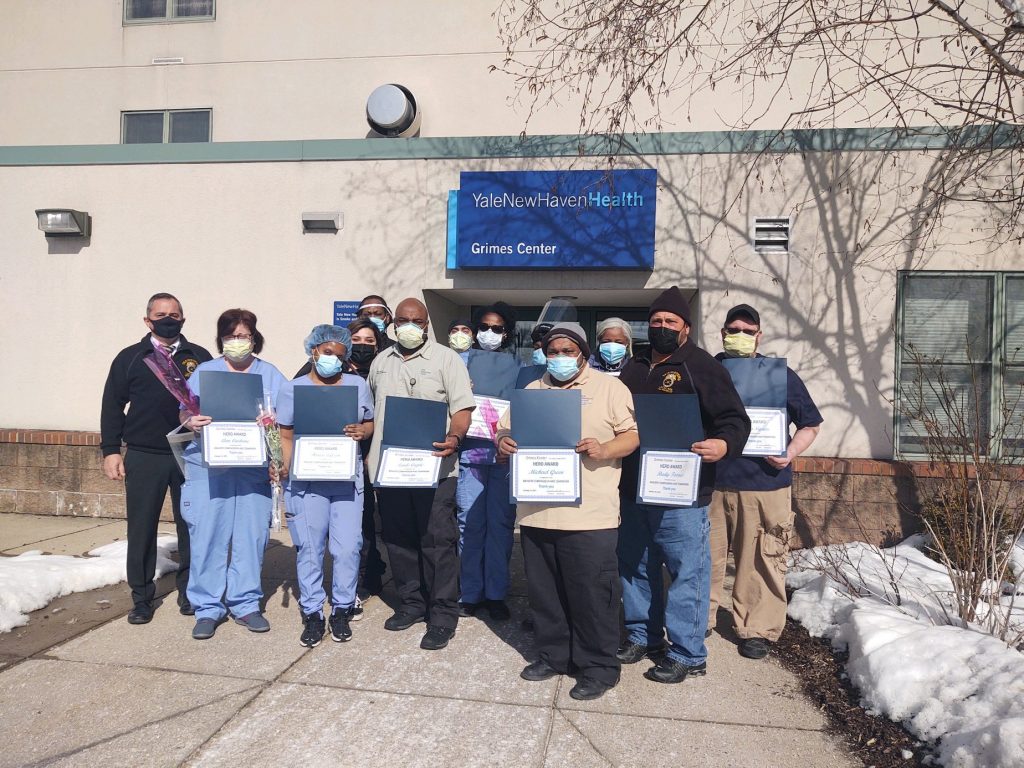 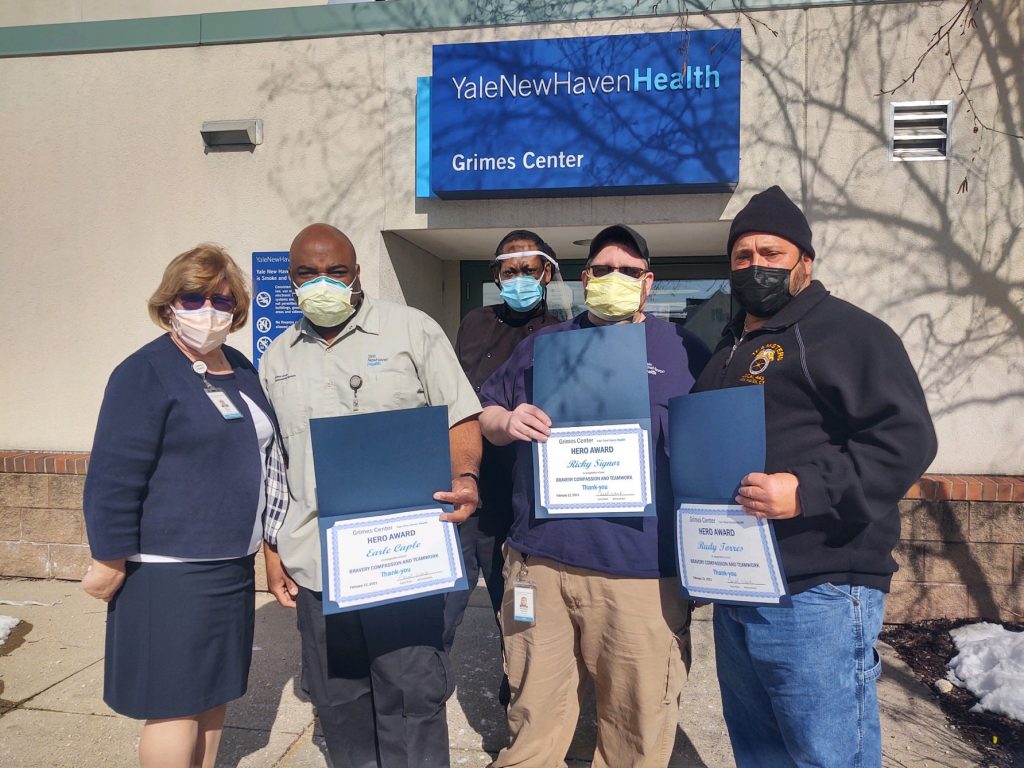 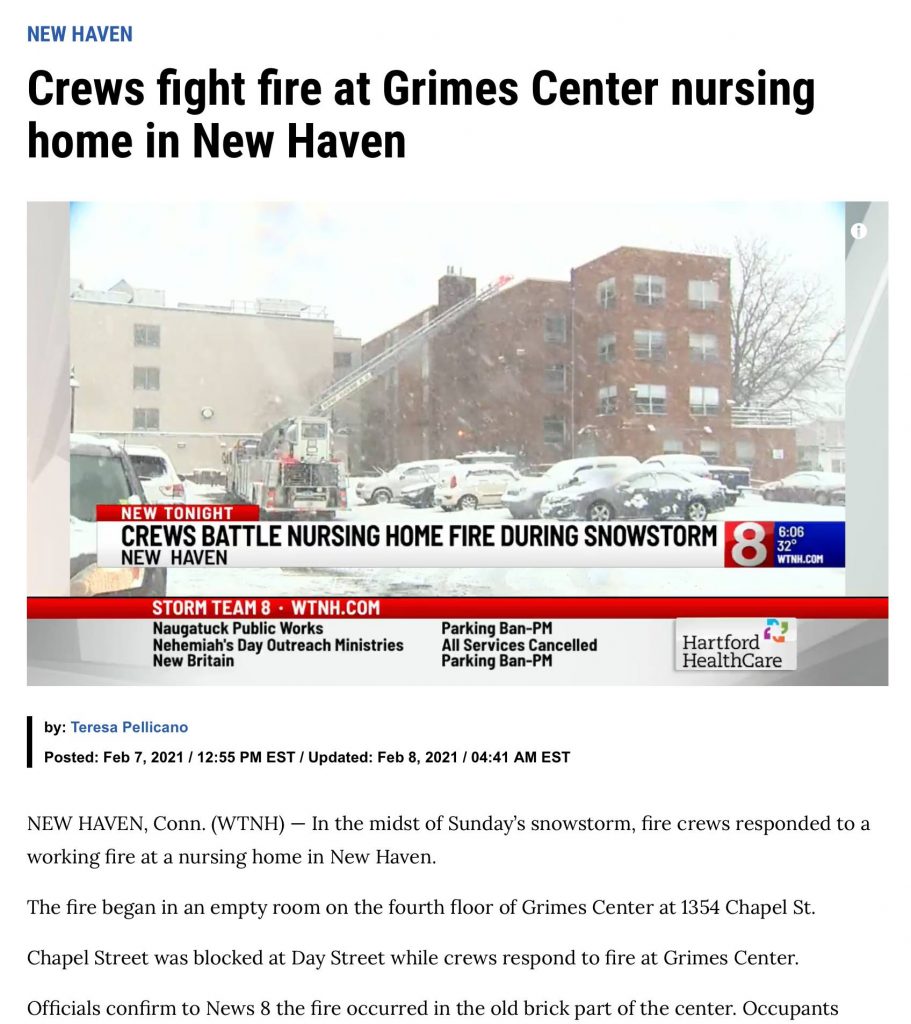 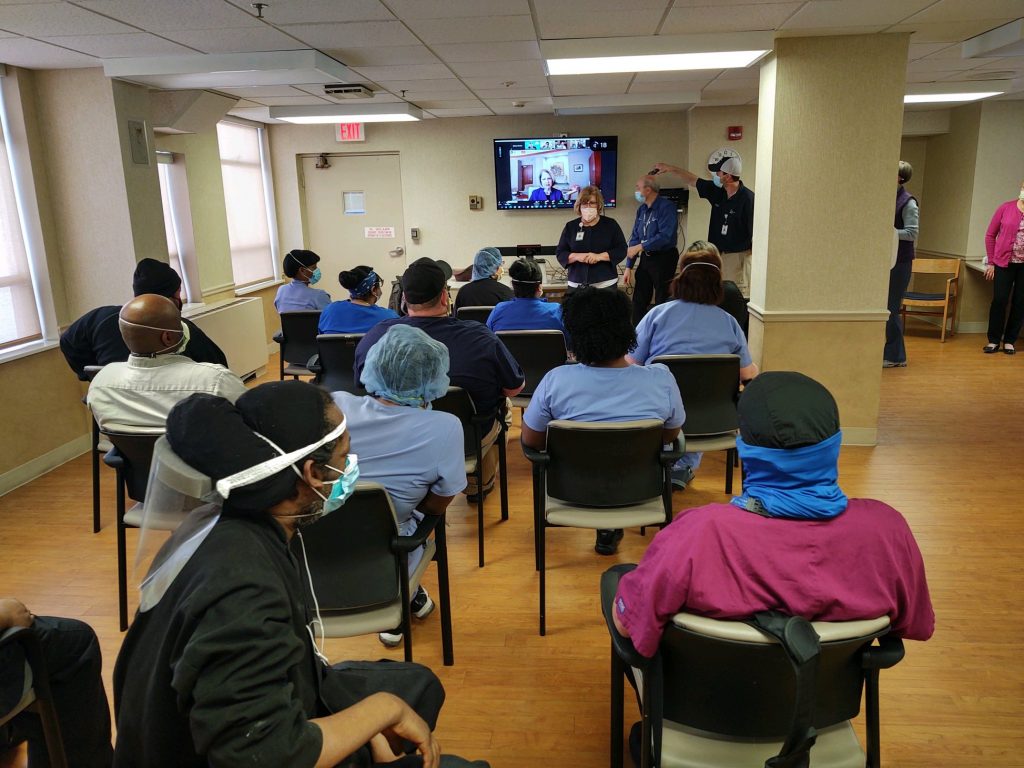