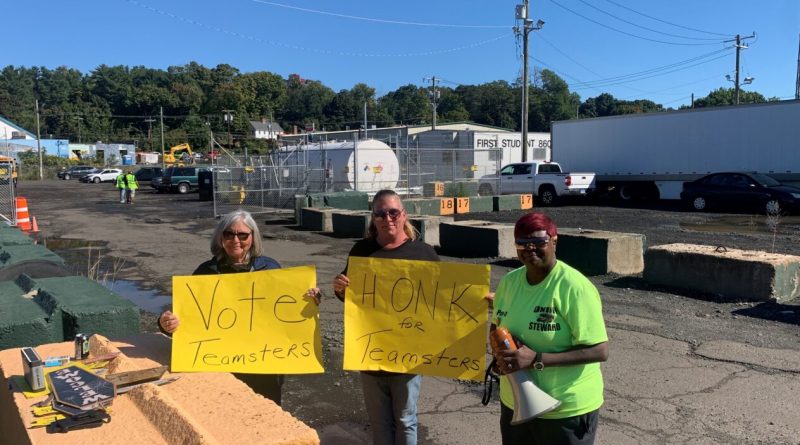 JC10 News
November 7, 2022November 9, 2022 NewEnglandTeamsters
SCHOOL BUS DRIVERS VOTE #UNIONYES TO JOIN TEAMSTERS LOCAL 671
While students and teachers have been settling into the school year inside the classroom, Local 671 Teamsters Union has been busy organizing the drivers that transport students to and from school.
First Student mechanics and monitors in Manchester both voted to join the Teamsters unanimously. In a third election, more than 100 drivers and monitors at First Student of New Britain also voted to join Local 671.
“We have momentum on our side at First Student,” said Tony LePore, Local 671 Secretary-Treasurer “Everyone who works for a school bus company recognizes that with a Teamster contract — both at the national level, and with our local union — Connecticut school bus drivers, monitors and mechanics can get the best wages, benefits, and working conditions that this company has to offer. Also, I’d like to thank Field Representative Jennifer Morone for her hard work on securing these successful victories.”
Pamela Barnett is a First Student driver from the East Hartford location. She also serves as a shop steward and Local 671 Recording Secretary. She played a critical role in organizing all three of the new units.
“I think there’s so much enthusiasm to organize among school bus drivers right now. It’s because everyone knows that when it comes to unions, the Teamsters are the best,” Barnett said. “This union is strong — we have some of the best contracts in the state. We have people backing us up who view bus drivers as people with a professional career. We’re not babysitters on wheels. We have someone who will help us address the issues that we go through.” 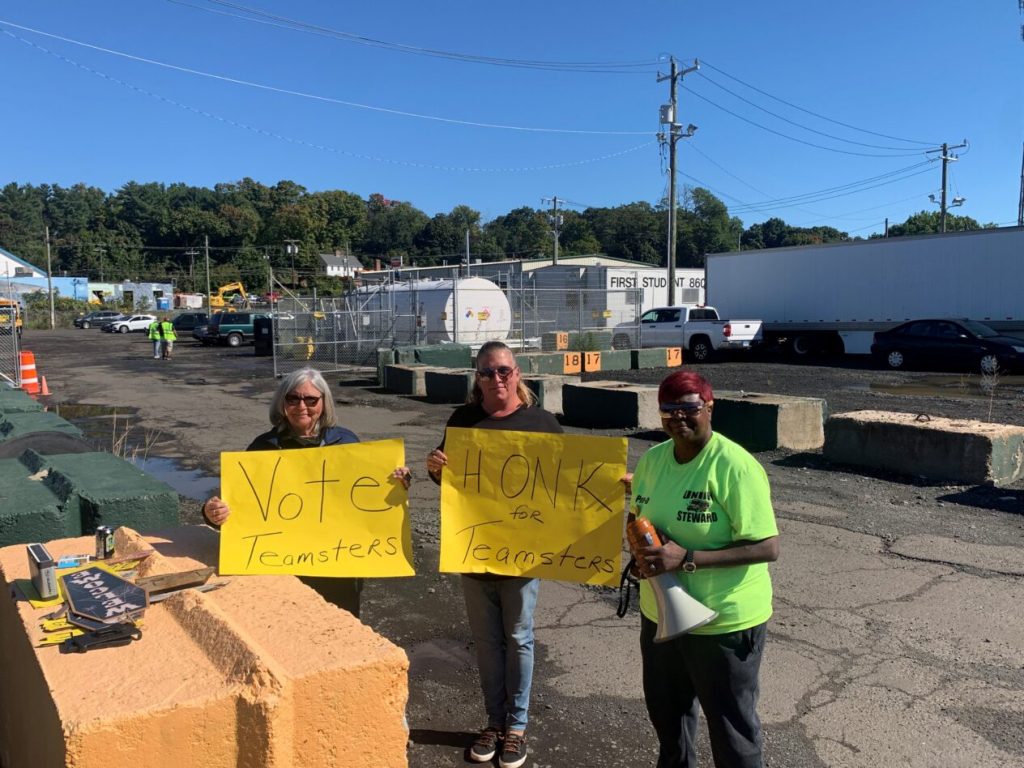