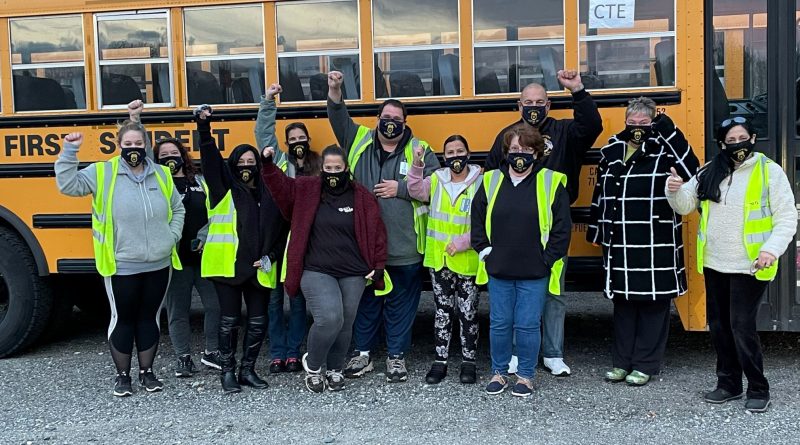 JC10 News
November 19, 2020November 20, 2020 NewEnglandTeamsters
RHODE ISLAND FIRST STUDENT DRIVERS JOIN TEAMSTERS 251
Scituate First Student school bus drivers voted 14-0 to join Teamsters Local 251.
“The instability of the student transportation industry, concerns for their livelihood, health and personal safety during this pandemic is causing much dismay amongst these and many other workers,” said Matthew Taibi Secretary-Treasurer of Teamster Local 251. “They recognize a Teamster contract provides guaranteed wage increases, benefits, bonuses, and working conditions that cannot be changed on a whim by an employer,” he said.
Scituate First Student is the fifth First Student yard in Rhode Island to be represented by the union. Teamster Local 251 also represents school transportation workers at four Ocean State Transit locations for an approximate total of 1,000 members statewide.
The Scicuate organizing drive began with a phone call from Liz Taylor to the Teamsters back in March 2020.
“After several conversations with Organizer Mike Simone, I told everyone the Teamsters would fight just as hard for the new drivers as they would for the long-term drivers,“ said Taylor, a four year driver with the company. “We want fairness. We want to be treated with respect like the other Teamster school bus drivers in the state.”
“The election results will be certified in a few days then we will begin to negotiate with the company,” Taibi said. “First Student workers who vote to join us fall under our National Agreement with the employer. That fact gives us the ability to focus on economics and issues the workers have identified as important to them and specific to this location,” he said.
“It’s pretty unusual for a group to vote unanimously to join the Union, but I knew this group of drivers were solid,” said Simone. “I congratulate them on choosing to join the rest of Teamster school bus yards in the state and on becoming part of the union that sets the standard for workers in this industry,” he said. 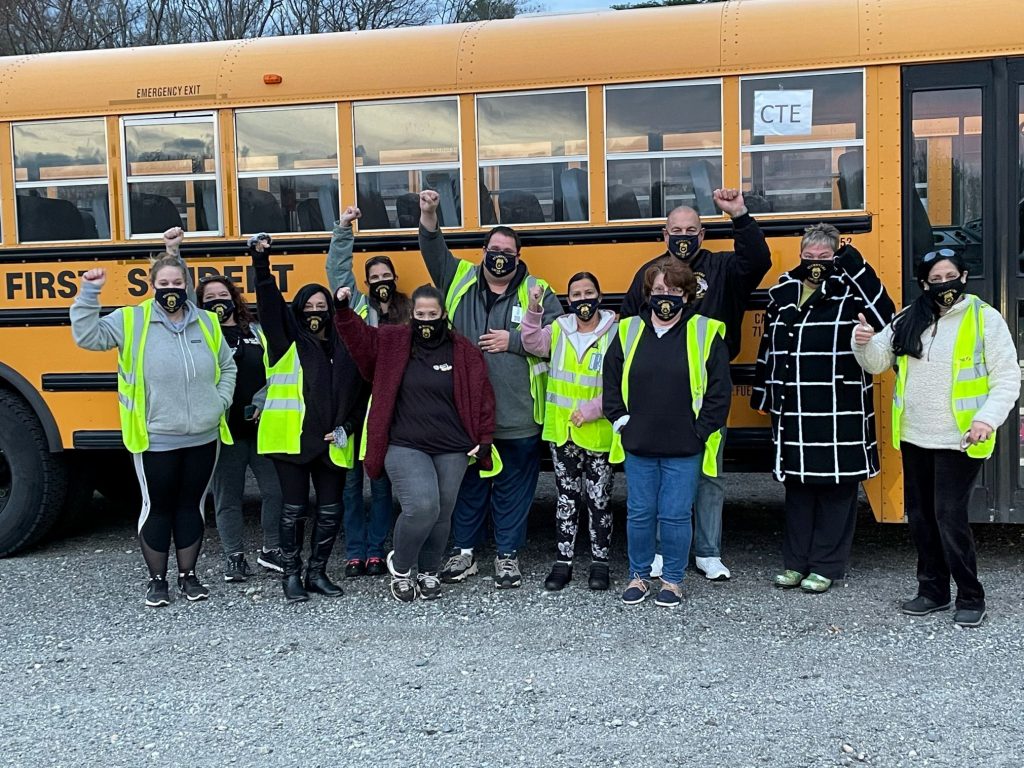