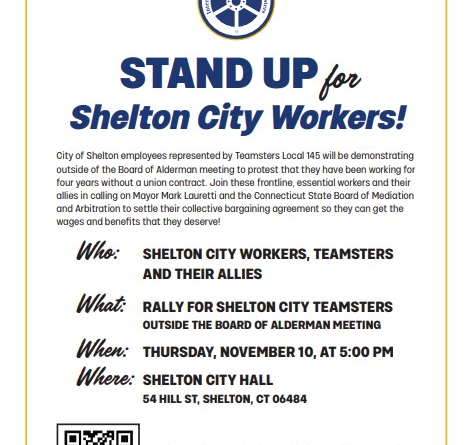 JC10 News
November 9, 2022 NewEnglandTeamsters
RALLY FOR SHELTON, CT. TEAMSTERS ON THURSDAY
City of Shelton workers, represented by Teamsters Local 145, will hold a rally outside Shelton City Hall on Thursday afternoon prior to the Board of Alderman meeting.
These Teamsters have been working for FOUR YEARS without a union contract. Join us to call on Mayor Mark Lauretti and the Connecticut State Board of Mediation and Arbitration to settle this collective bargaining agreement so they can get the wages and benefits that they deserve!
WHEN: Thursday, November 10 at 5PM
WHERE: Shelton City Hall (54 Hill Street, Shelton, CT 06484) 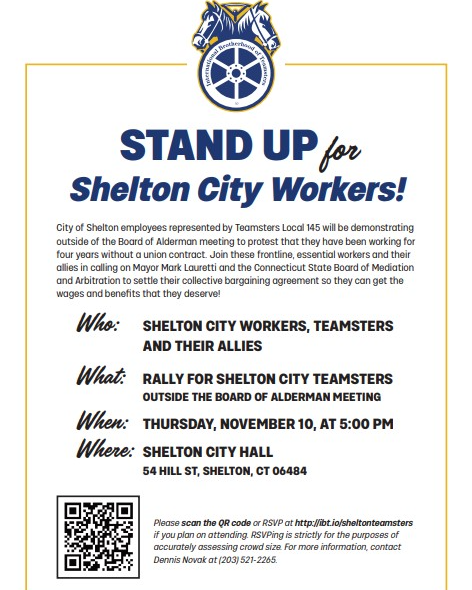