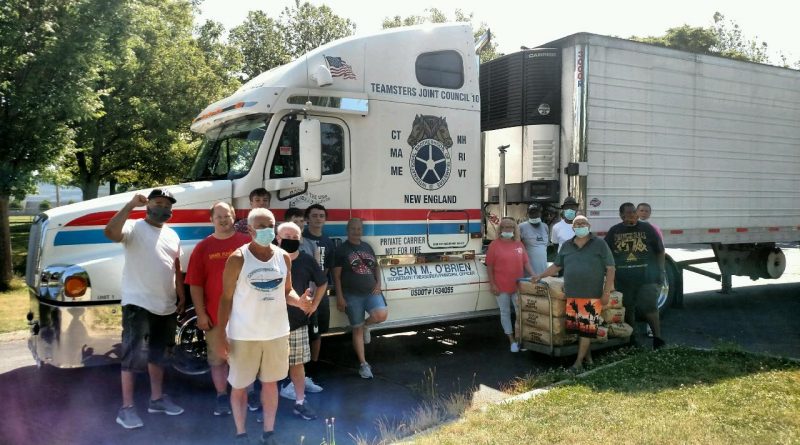 NEW ENGLAND TEAMSTERS TEAMS UP WITH CATHOLIC CHARITIES TO DELIVER 40,000+ POUNDS OF FOOD
Teamsters Local 340 and Catholic Charities Maine launched a three-day mission to deliver desperately-needed food to the charitable organization’s chapters across New England, starting the trip from the union hall in South Portland. Over the next three days, the Teamsters will deliver more than 40,000 pounds of food to locations in Maine, Massachusetts, New Hampshire and Rhode Island.

Teamsters Local 340 and Teamsters Joint Council 10 have partnered with Catholic Charities for more than 10 years, donating time, labor and the use of the joint council’s truck to help deliver food and supplies to those most in need.

“Teamsters are always happy to participate in something so worthy that helps so many of our friends and neighbors,” said Brett Miller, President of Teamsters Local 340. “It is what we do, and it is even more needed right now. We always hope none of our members need this help, but if they do, we know it is there and we are doing our part to make sure of that.”

In the past, the two organizations have held an annual Statewide Food Drive which concluded at the Maine Potato Blossom Parade in Fort Fairfield, Maine. Due to the COVID-19 pandemic, the 2020 parade was cancelled, but the demand for food and donations for those in need has only increased during this crisis.

“We have a tremendous amount of gratitude for the relationship we have with the Teamsters,” said Judy Katzel, spokesperson for Catholic Charities Maine. “We couldn’t do something of this magnitude without this the support from Teamsters Local 340 and Joint Council 10. Working with the Teamsters, we are literally able to feed thousands of people across four states with just one drive.”

Over the course of the three-day trip, the Teamster truck will drop off 40,000 pounds of potatoes that were donated by McCain Foods USA. The potatoes were packed and grown by Guerrette Farms in Caribou and loaded on the truck in Monticello. On Friday, the truck will pick up two pallets of cheese in Manchester, NH that will then be transported back to Catholic Charities in Monticello. 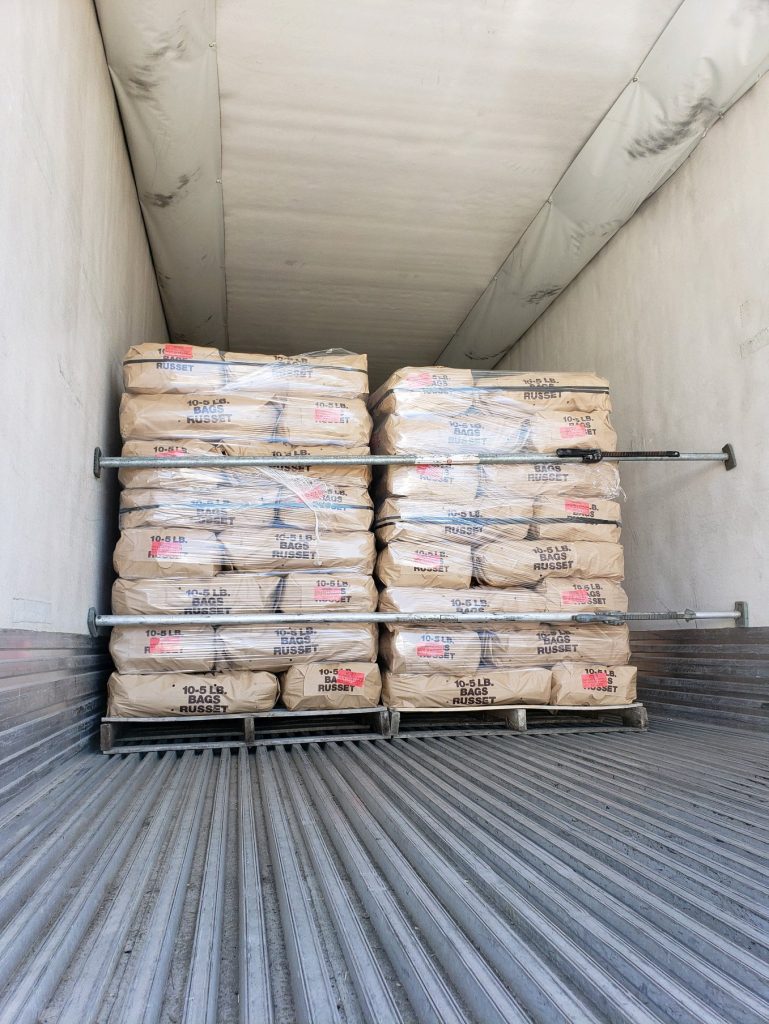 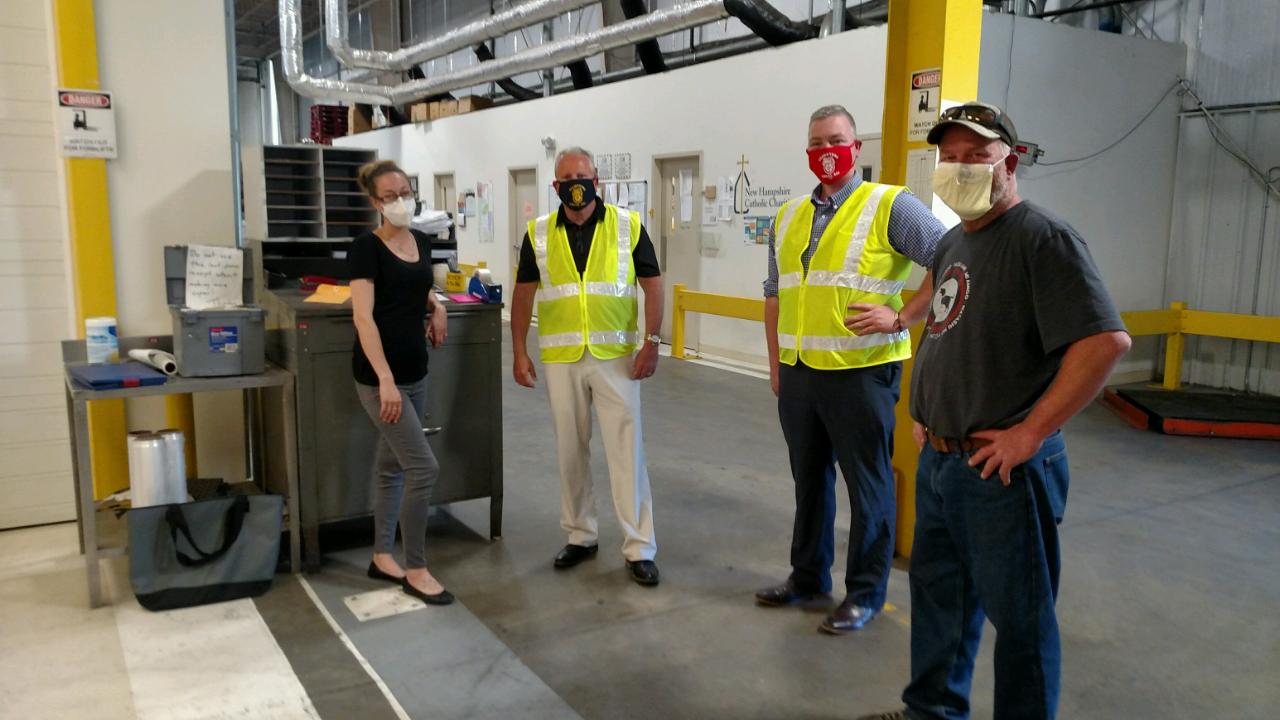 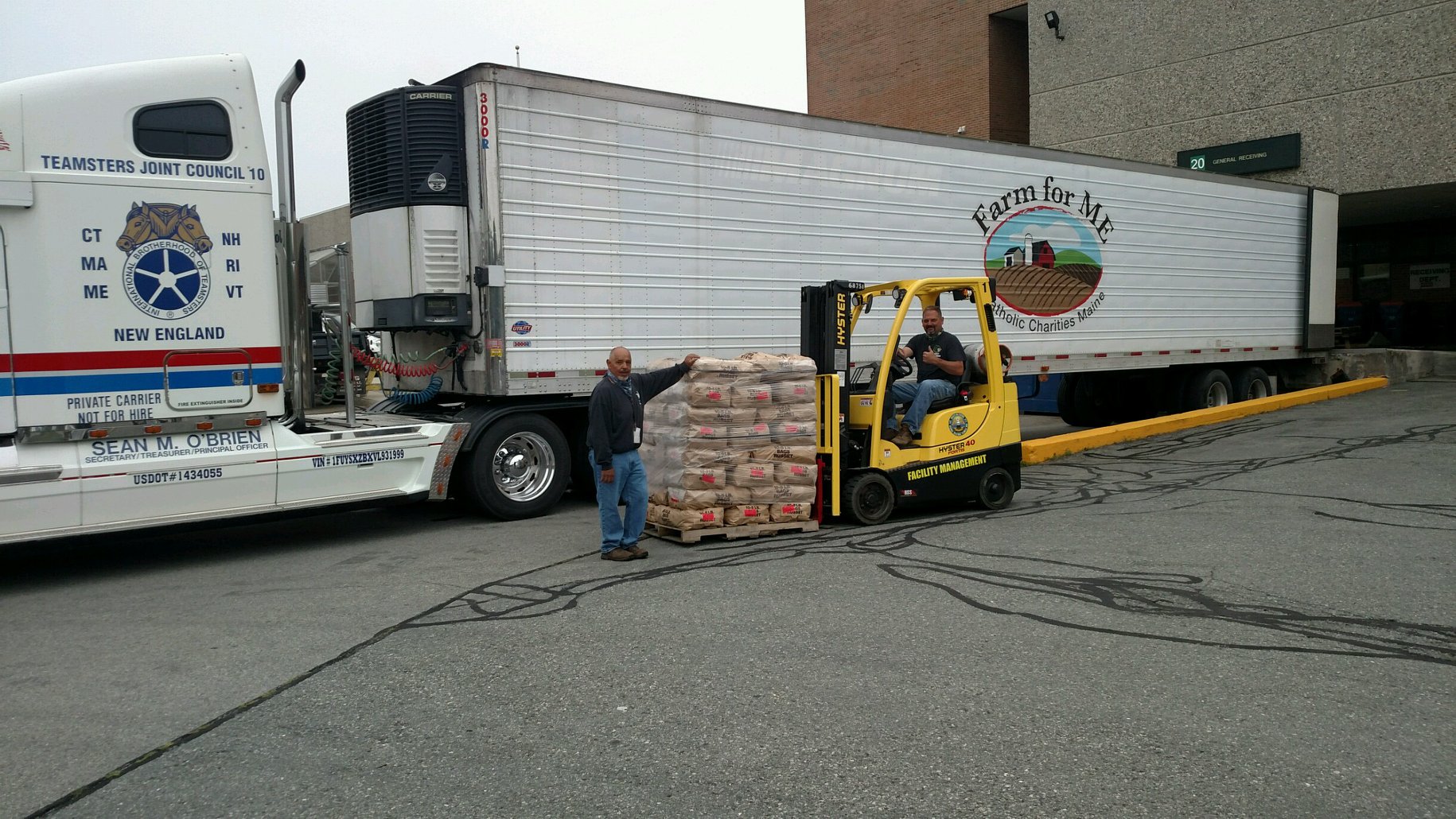 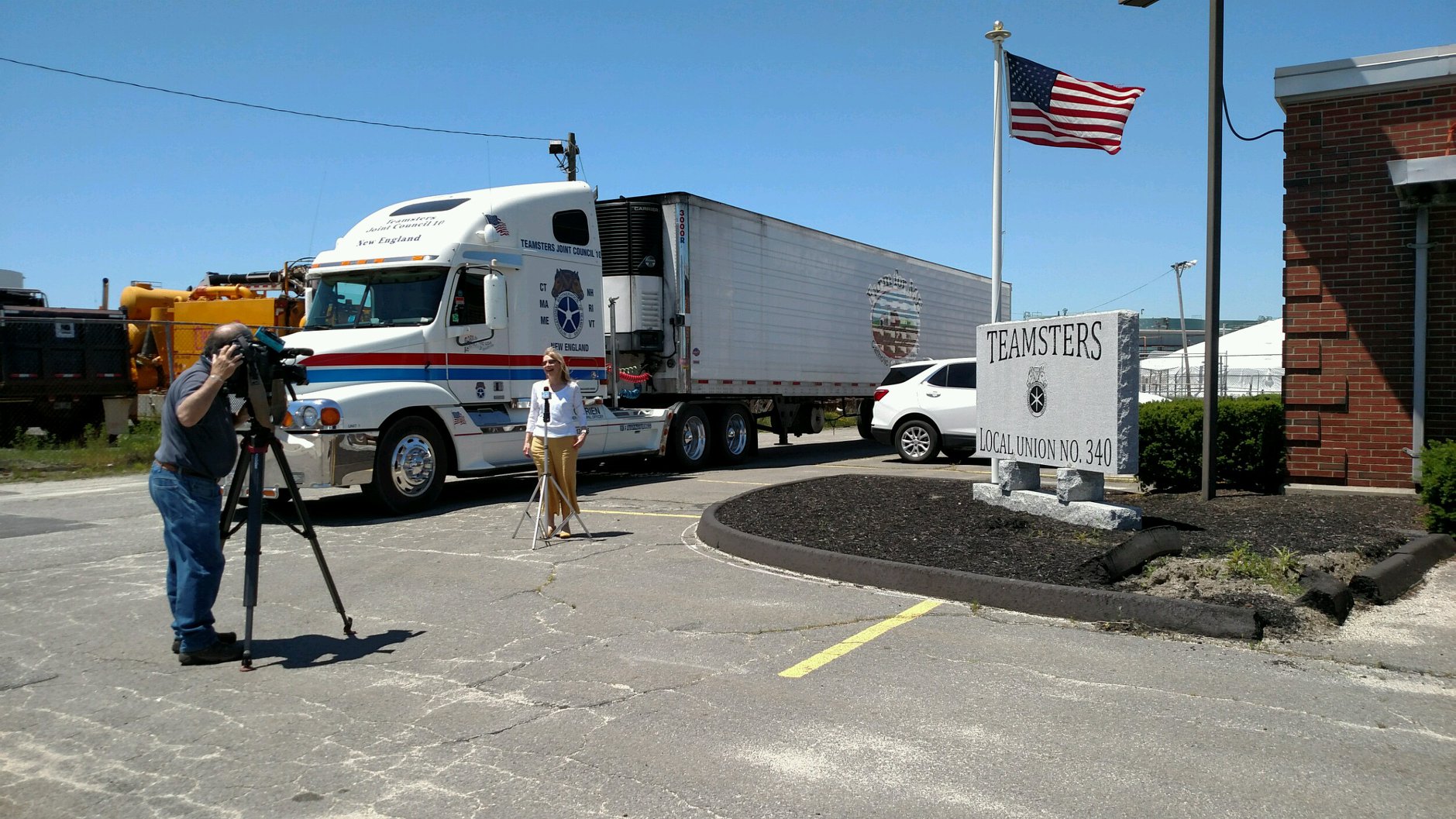 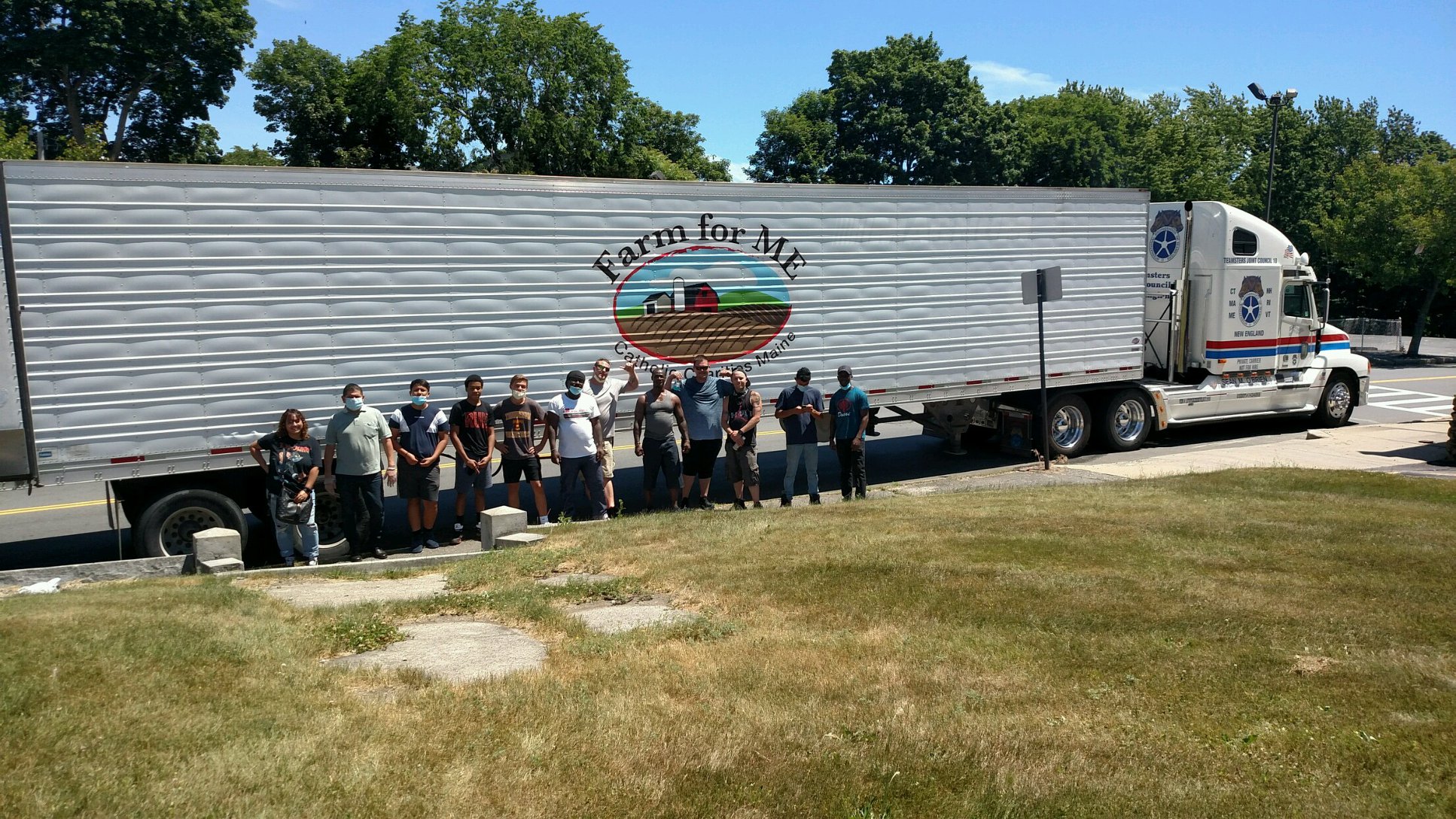 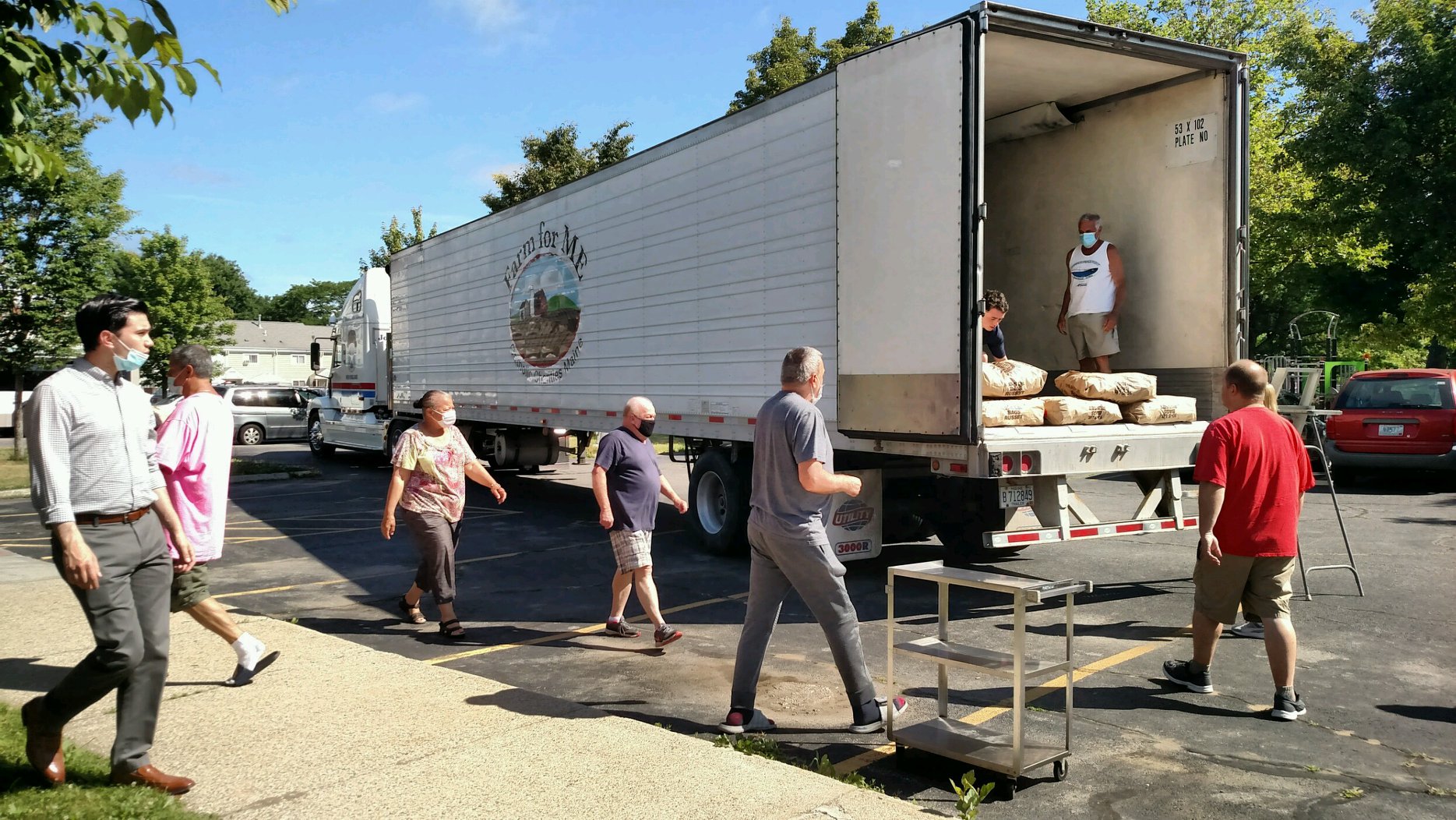 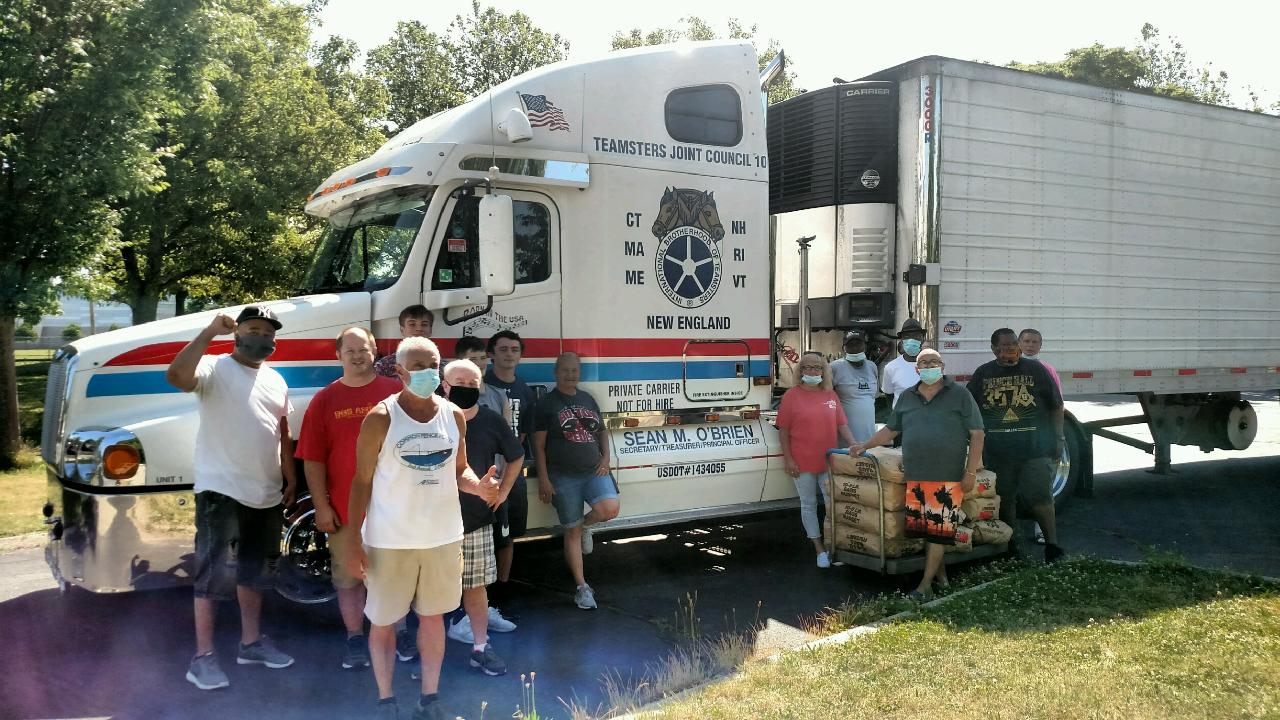 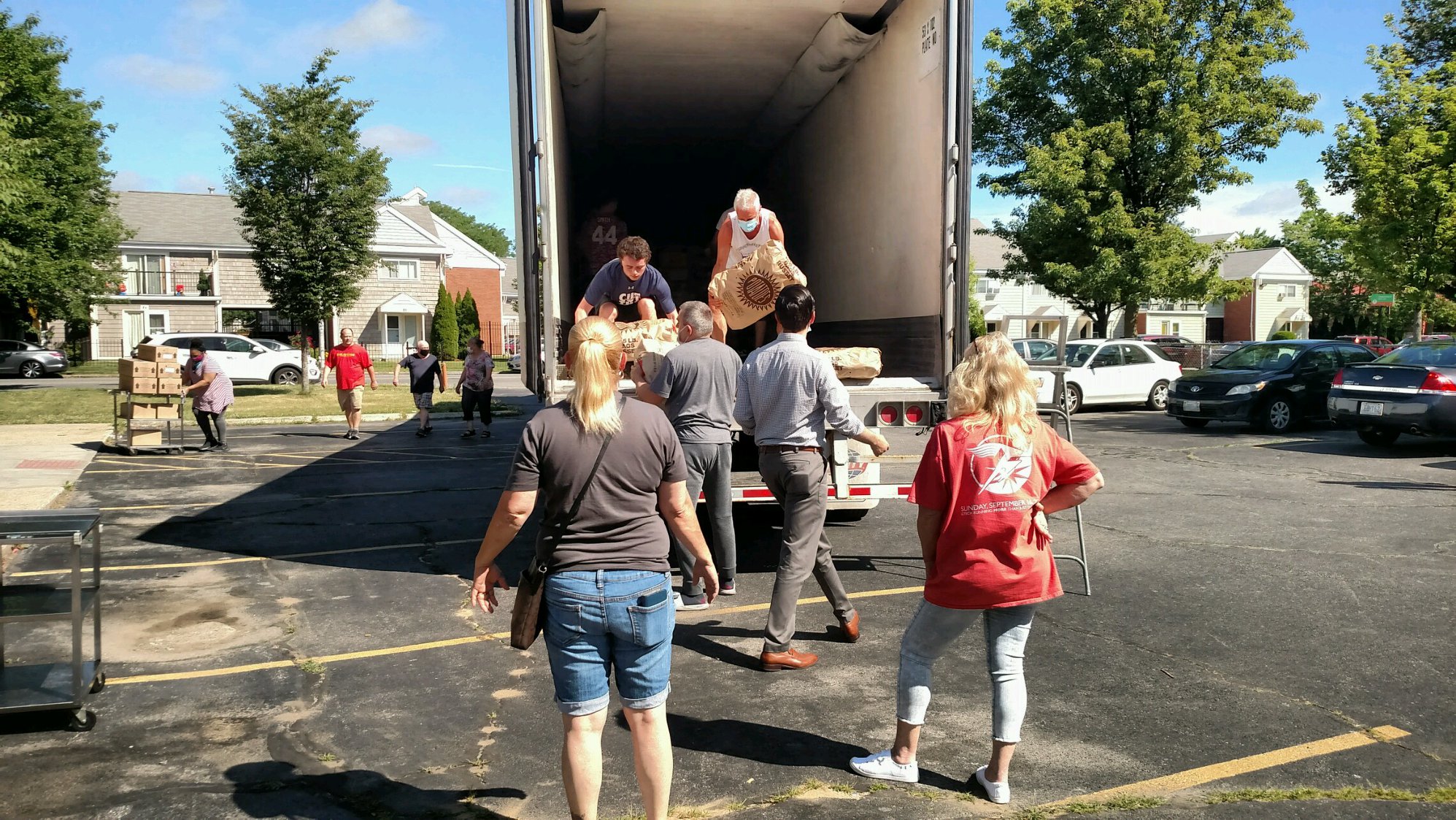