JC10 News
November 7, 2022November 9, 2022 NewEnglandTeamsters
NEW ENGLAND TEAMSTERS MOURN THE LOSS OF DAVE LAUGHTON
On behalf of Teamsters Joint Council 10 Secretary-Treasurer Tom Mari and the principal officers of the Joint Council, we regret to announce the passing of former Joint Council Secretary-Treasurer and Principal Officer, Dave Laughton, who served on the Joint Council executive board from 2003 – 2017.
Brother Laughton was a member of Teamsters Local 633. He became a full-time Teamster in 1971 and was elected to the position of Local 633 Business Agent in 1977, and then in 1983, elected as Secretary/Treasurer and Principal Officer of Local 633.
Dave also served in many capacities for the International, including, Secretary-Treasurer/Director of the Brewery & Soft Drink Workers Conference, Co-Chairman Anheuser-Busch National Negotiations, and Co-Chairman Miller/Coors Negotiations. He also served as Chairman of Allegiant Care.
In 2018 the membership of Teamsters Local 633 voted to name the Union Hall the “David W. Laughton Membership Hall.”
Please keep the Laughton family in your thoughts during this difficult time. 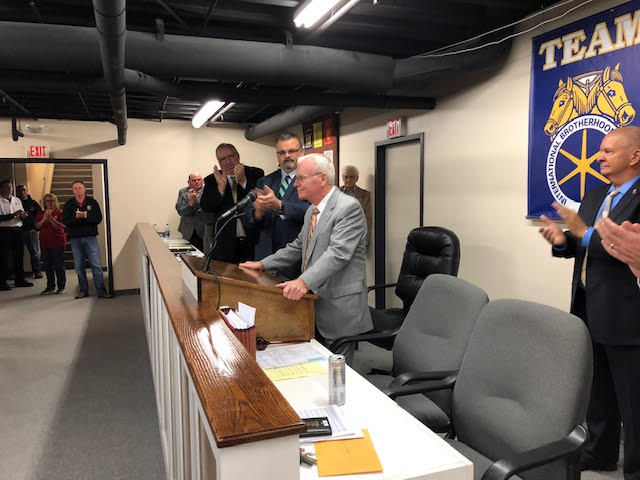 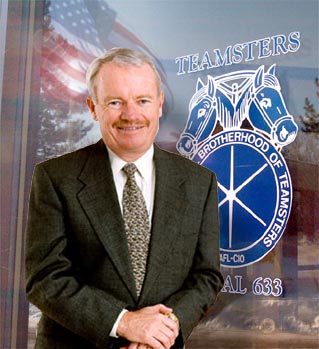