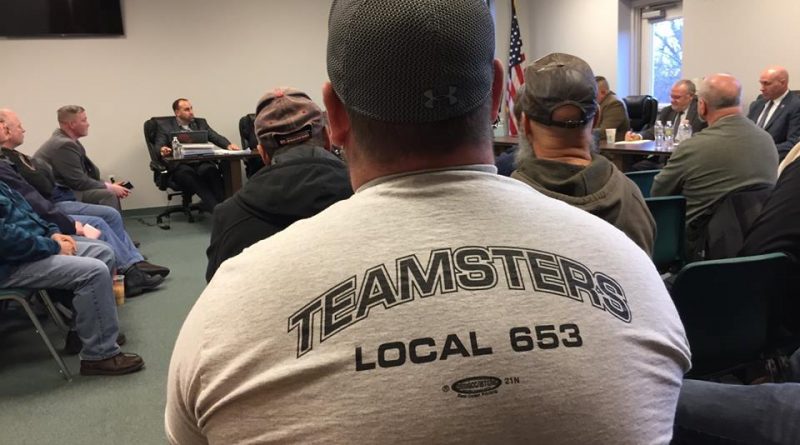 “A contract is a Bible. It sets for the rules that cannot be changed at the whim of management,” said Sean O’Brien, Joint Council 10 Secretary-Treasurer and International Vice President. “You are all the union. Together we will work together and write a bible that meets the needs of New England Sysco Teamsters.”

The Teamsters have contracts with Sysco across the United States. Erickson is the Central Region Warehouse Director. In addition to negotiating for more than 200 Minnesota Sysco Teamsters, he has extensive experience dealing with Sysco nationwide.

The meeting was held to assess the hundreds of bargaining surveys. Members stood up and spoke about their desires for the first contract.  Issues that were discussed included:

The meetings were held at the Local 251, 633 and 653 union halls in Providence, Manchester and Brockton.

For those members who have not yet filled out the survey please follow the link to complete it. It is important that the union hear from each member. The contract will be yours, make sure your voice is heard. Fill out the survey at: http://bit.ly/2L4jHUv