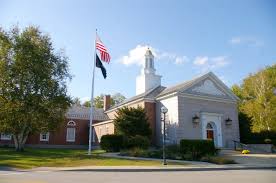 JC10 News
September 21, 2020September 23, 2020 NewEnglandTeamsters
LOCAL 633 WINS BIG FOR COURT SECURITY OFFICERS
In May New Hampshire Governor Chris Sununu announced a stipend program for front-line and first responder workers. The stipend recognized the hazards and work being done by works who provided public-facing security services. There was one problem: the order exempted New Hampshire’s Court Security Officers.
Fortunately the officers were represented by Teamsters Local 633. The union immediately began fighting to make sure its 150 members who work in New Hampshire’s Supreme Court and district courts received the stipend.
Led by Teamsters Local 633 Business Agent Rick Laughton and union stewards Steve Reynolds and Lance Walton, the union successfully petitioned the court to implement a hazard pay stipend for work performed during the period between May 4, 2020 and June 30, 2020. Court Security Officers will receive an additional $300 per week for full-time work (defined as 30 or more hours worked) and/or an additional $150 for part-time work (defined as less than 30 hours of work in a pay week). This stipend will be paid to all actively employed Court Security Officers in service as of September 11, 2020. The stipend will appear in the paycheck issued that day.
“This is the power that comes with having a union,” said Jeff Padellaro, Teamsters Local 633 Principal Officer. “Without a contract and an advocate, these front-line workers would have been left out of a program specifically designed to recognize and compensate workers who provide the same front line security services as other public safety officers.”