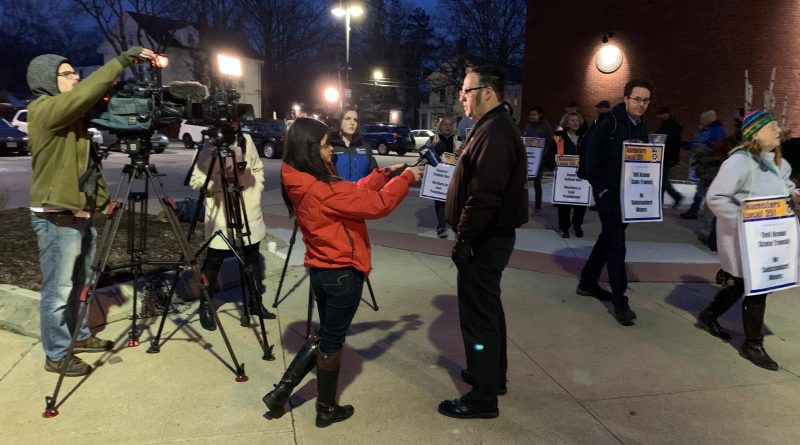 LOCAL 251 BUS DRIVERS RALLY FOR CONTRACT
Local 251 members held an informational picket outside East Providence City Hall last night. The STA/Ocean State drivers are in negotiations and voted Monday to authorize a strike if one should become necessary.

“Nobody likes to hear the word strike,” said Matt Taibi, Secretary-Treasurer of Local 251. “We take the responsibility of a potential strike very seriously. We know that parents, students, schools, workers, and STA/Ocean State Transit will be inconvenienced in the event of a strike. A strike is something that we don’t want to undertake, but under the circumstances it is a very good possibility. It is a last resort.”

After the rally, the members went inside the meeting and Local 251 union representative Nick Williams provided the council with an update on negotiations.

STA/Ocean State Transit is owned by the New Jersey based Student Transportation of America (STA), the second largest student transportation company in the country.

“Ocean State Transit is not a ‘Mom and Pop’ operation,” said Nick Williams, Business Agent for Teamsters Local 251. “This huge company has regularly shorted employee pay. There are multiple unfair labor practice violations, both settled and pending. There is an investigation of potential violation of Rhode Island’s paid sick leave law. There have been multiple fire code, occupational safety and environmental compliance complaints as well. It’s no wonder with this type of management that workers sought protection by joining our union.” 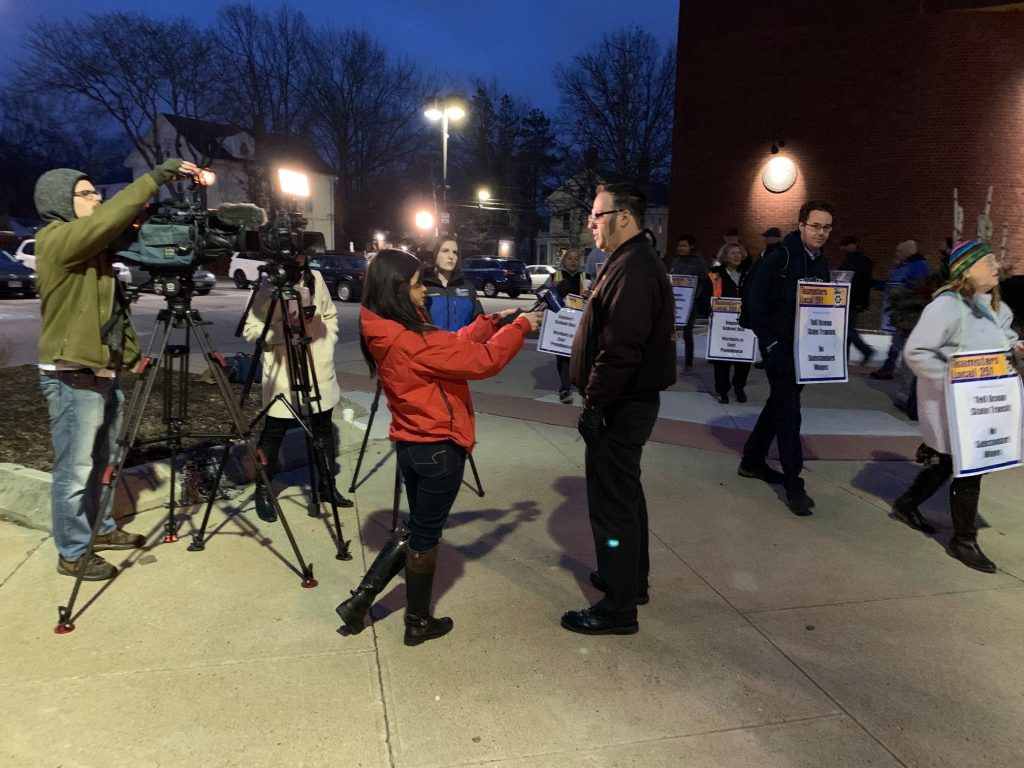 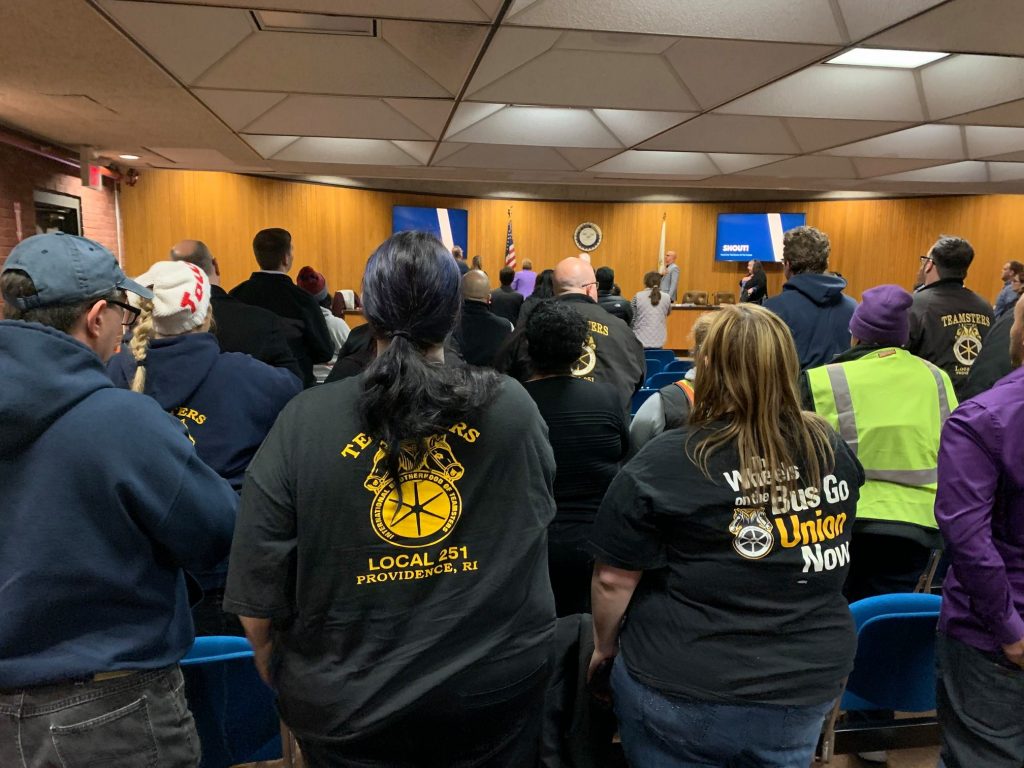 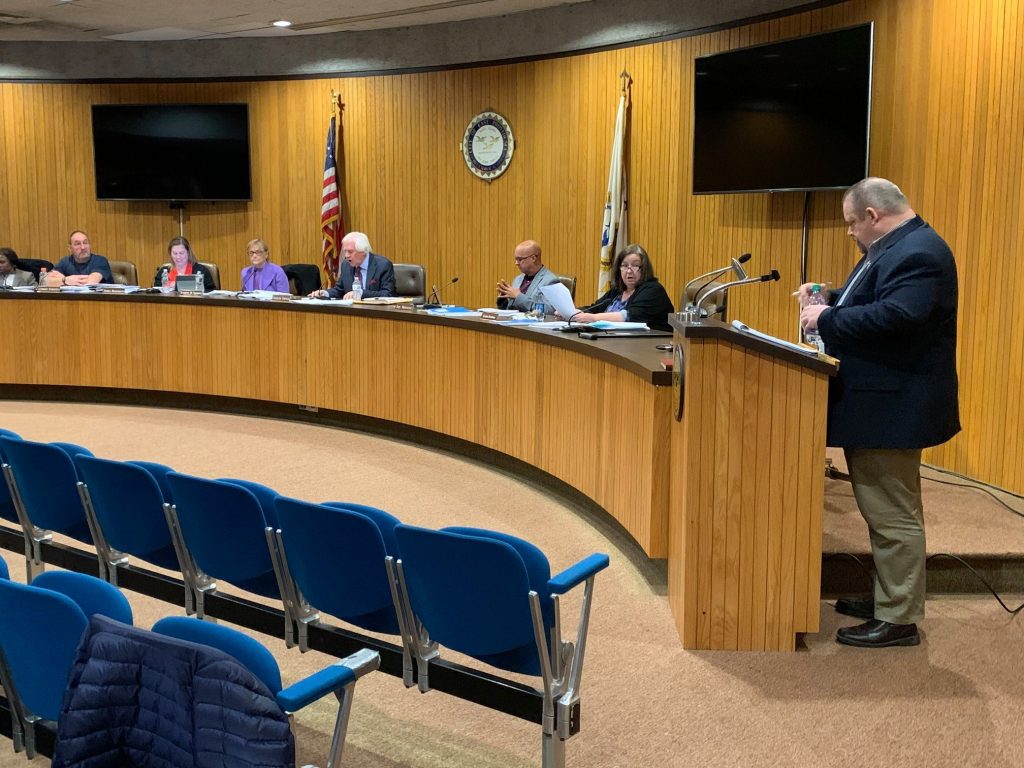