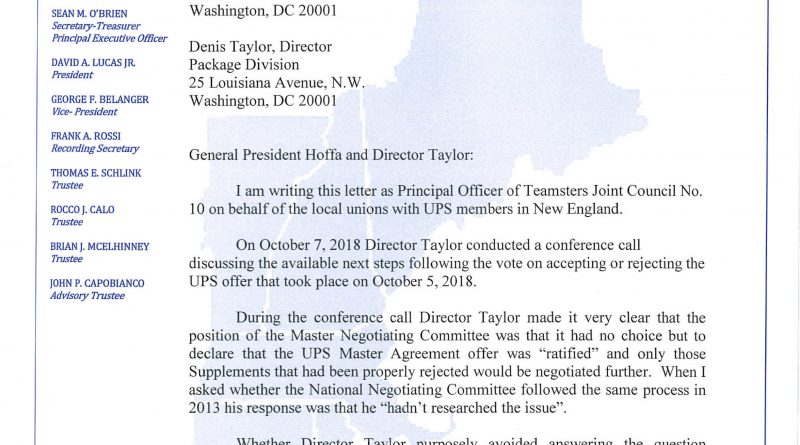 “More than 54% of the 91,000 members voted not to accept the UPS National Master Agreement offer. That’s why the position taken by the Director in declaring the UPS offer was “ratified” is not only confusing to our members but also, according to various press reports, is bewildering to UPS management. Certainly, the IBT members working for UPS deserve and expect greater respect to their negative vote rather than having the UPS offer “shoved down their throats” by an over-literal reading of a vague, obscure and ambiguous provision in the Constitution,” O’Brien wrote. 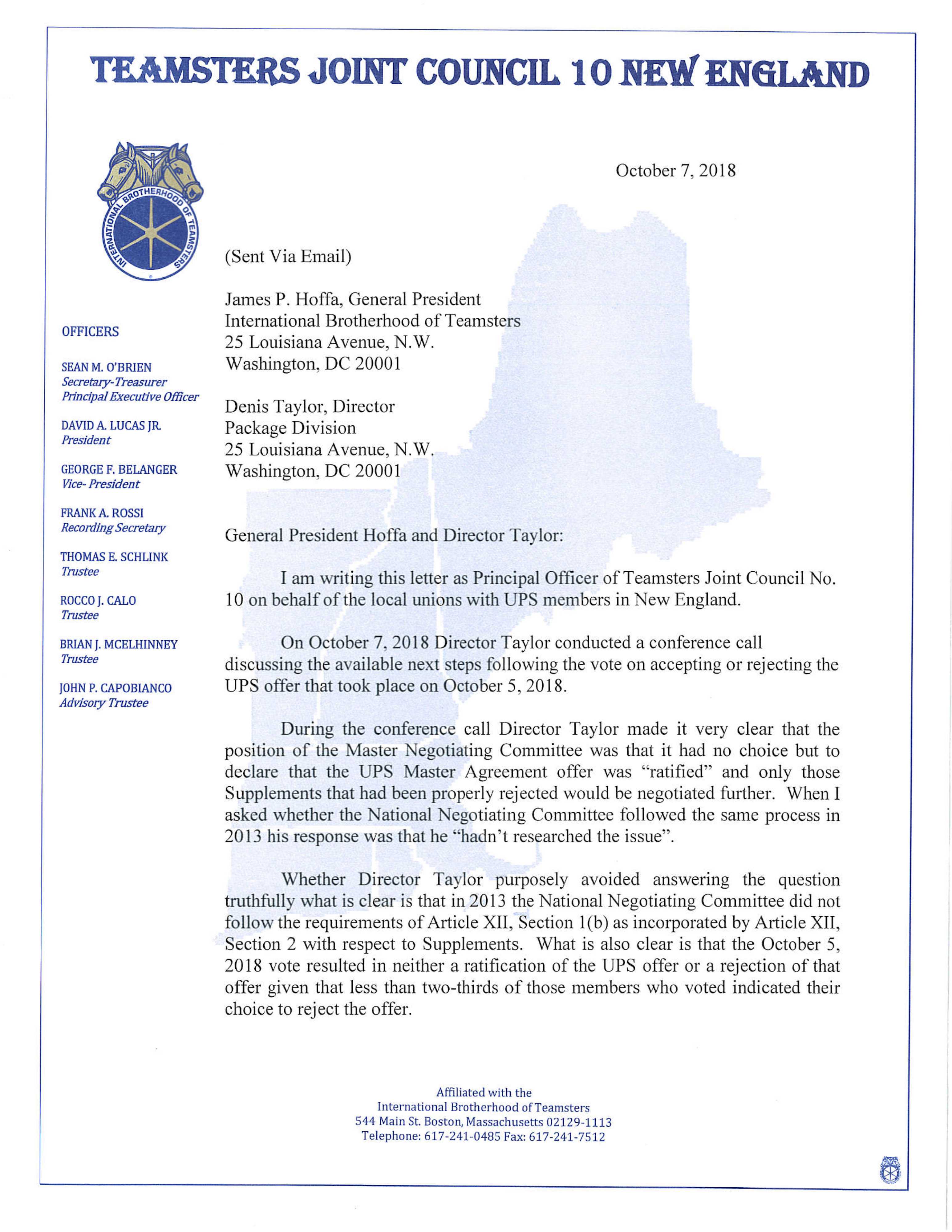 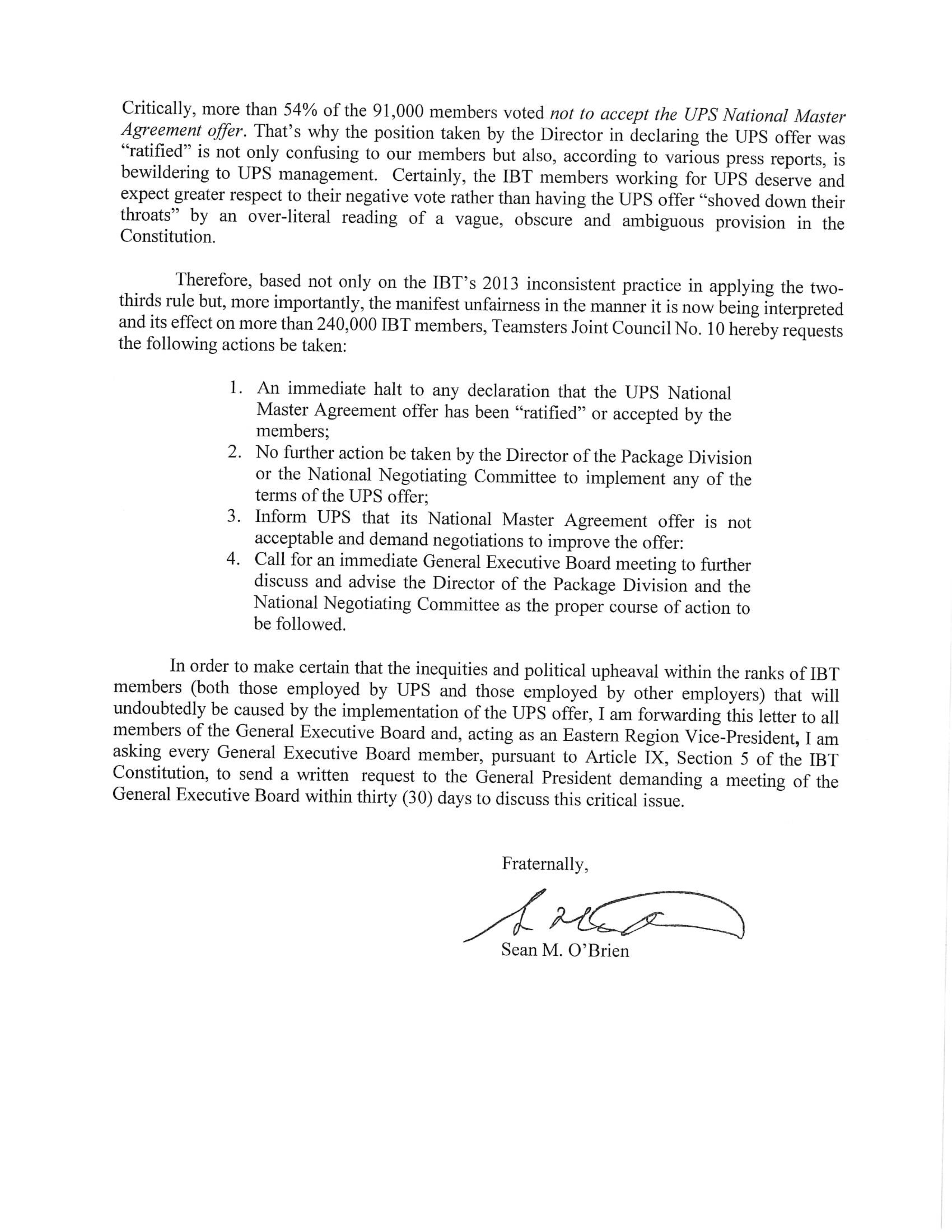