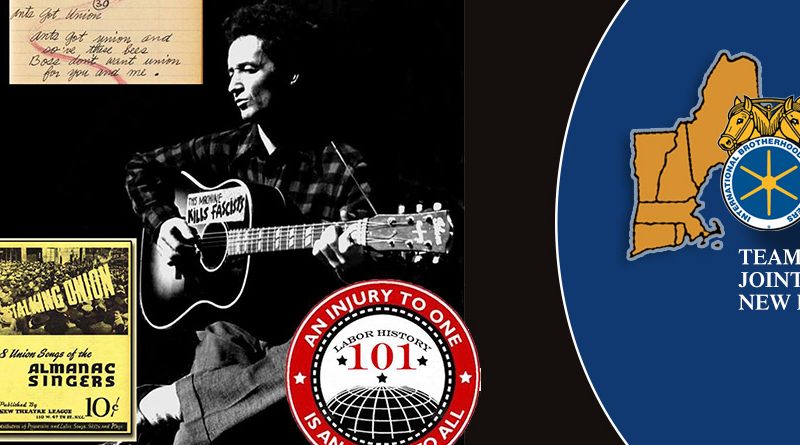 LABOR HISTORY 101: WOODY GUTHRIE
When it comes to unions and music, Woody Guthrie is often the first thought. Guthrie (1912-1967) wrote hundreds of political, folk and children’s songs in response to the conditions he saw as he travelled the nation throughout the Depression.
As a travelling troubadour, Guthrie often lent talents to union organizing drives. He penned the songs “Union Maid” and “You’ve Got to Join the Union.” He even led the way in writing the first Trump protest song “Old Man Trump”. It was a song castigating Fred Trump, father of Donald Trump and his wicked ways as Guthrie’s landlord.
“This Land is Your Land” is probably his most recognizable song. It was written in February 1940, after hearing “God Bless America”. Legend has it that after repeatedly hearing Kate Smith’s rendition on the radio, Guthrie was spurred to write his own song honoring the spirit of America. “We can’t just bless America, we have to change it,” Guthrie said and he wrote these lyrics: