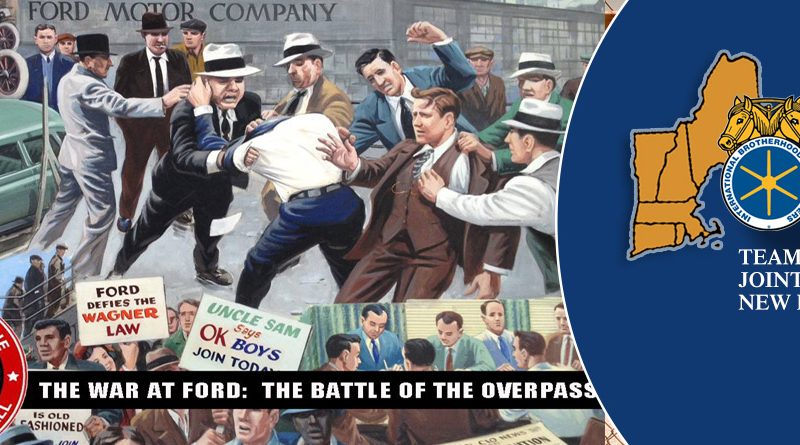 LABOR HISTORY 101: THE WAR AT FORD
More than 80 years ago, the UAW was engaged in an epic battle to organize the auto industry. Ford Motors was the last hold out in the face of the union’s campaign of member action, community involvement and sit-down strikes.

On May 26, 1937, union supporters, men and women including leaders Walter Reuther and Richard T. Frankensteen, literally took a beating at the hands of Henry Ford’s thugs. But the beatings ended up helping UAW win the war.