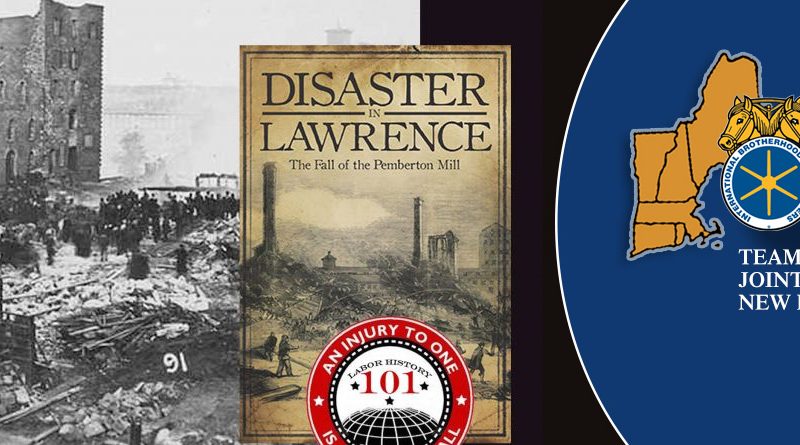 LABOR HISTORY 101: THE PEMBERTON MILL DISASTER
On Tuesday January 10, 1860, Pemberton Mills in Lawrence Massachusetts suddenly collapsed and trapped hundreds of workers in its rubble and fire. The disaster rivals the better-known Triangle Shirtwaist Fire as the worst industrial accident in Massachusetts’s history. An estimated 90 to 145 people were killed with another 166 injured.
Originally built in 1853, Pemberton Mills was Lawrence’s largest factory. Five stories of brick and steel, it housed nearly 800 workers who turned out textiles that were exported around the globe. With 2,700 spindles and 700 looms operating, the mill earned $1,500,000 annually.
But in the pursuit of profit, Pemberton’s owners David Nevins and George Howe had crammed more machinery than the building could bear. At 5 pm., on January 10, the mill buckled and collapsed turning the site into a flaming, twisted pyre. The Boston Globe reported:
“The scene after the fall was one of indescribable horror. Hundreds of men, women, and children were buried in the ruins. Some assured their friends that they were uninjured, but imprisoned by the timbers upon and about them. Others were dying and dead. Every nerve was strained to relieve the poor unfortunates, when, sad to relate, a lantern broke and set fire to the wreck. In a few moments the ruins were a sheet of flames. Fourteen are known to have been burned to death in the sight of their loved ones, who were powerless to aid them.”
According to the Boston Journal reported that the rubble formed a pyramid 50-feet high. 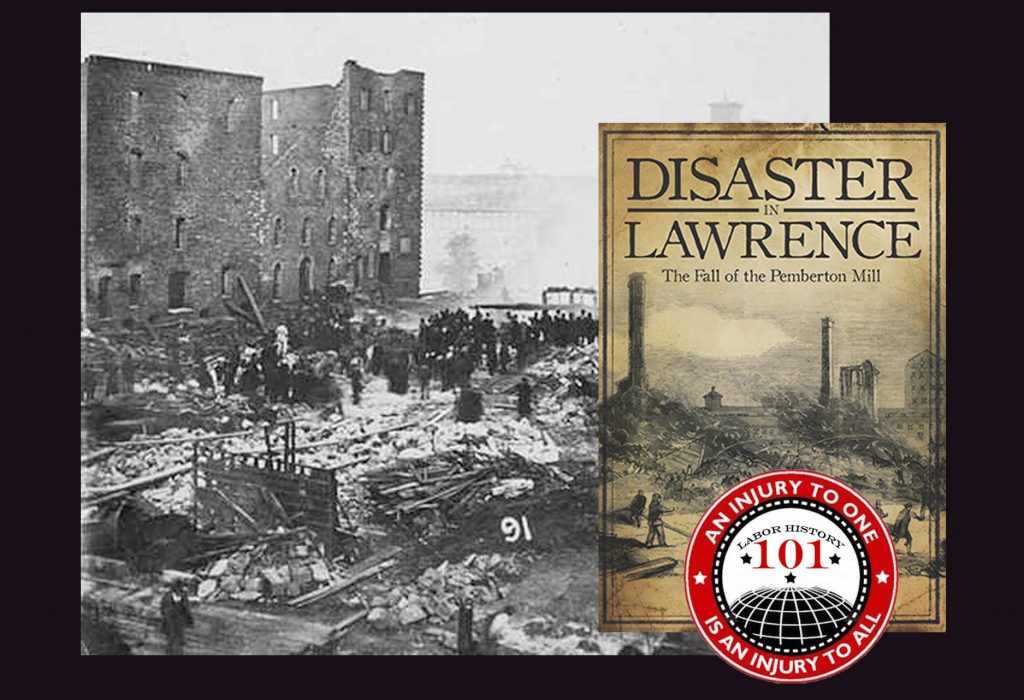 Is it an accident when employers cram more heavy machinery in to a building that will not support it in order to eek out as much profit as possible? Is ignoring load limits, substandard construction and shoddy craftsmanship accidental? The disaster was so bad, even the industrialists needed to find someone to blame. As a result the state convicted Captain Charles Bigelow, the engineer and architect of the building, but chose not to hold the mill owners responsible.
Today the rebuilt mill still stands at the corner of Essex and Union Streets. If you visit Lawrence check out “The Path: The Fall of the Pemberton Mill” an interactive tour of the area (http://tourlawrence.org and http://www.imdb.com/videoplayer/vi3230701593).
READ MORE: http://www.newenglandhistoricalsociety.com/pemberton-mill-disaster/…/
#laborhistory101 #laborhistory #peopleshistory #pembertondisaster #newenglandteamsters