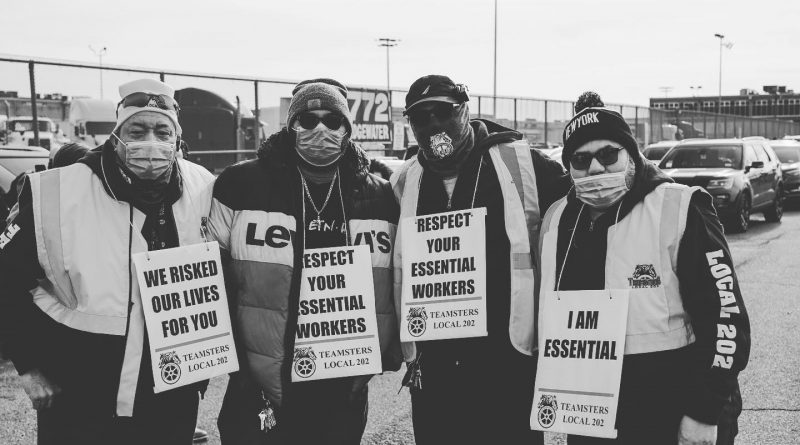 JC10 News
January 14, 2021January 20, 2021 NewEnglandTeamsters
JOINT COUNCIL 10 STANDS IN SOLIDARITY WITH LOCAL 202 HUNTS POINT WORKERS
Workers at Hunts Point Market in the Bronx are on the verge of a strike after negotiations broke down yesterday. The strike is set for 12:01 a.m., Sunday January 17.
The 1,400 Teamsters who work on the produce market have kept the city fed through the pandemic and have never missed a beat. During this time, market employers have cashed more than $15 million in forgivable PPP loans.
“We were on the front lines all the way through the pandemic to make sure we got food out to the city,” said Dan Kane, Jr., Teamsters Local 202 President. “Our people have been doing the work. We always knew they were essential. They’re basically trying to take advantage of the pandemic. They’re saying, ‘They should be happy they have jobs.’ We don’t see it that way.”
Joint Council 10 Secretary-Treasurer and Eastern Region International Vice President Sean O’Brien drove the Teamster truck to the rally held in front of the market this morning in solidarity with the workers. 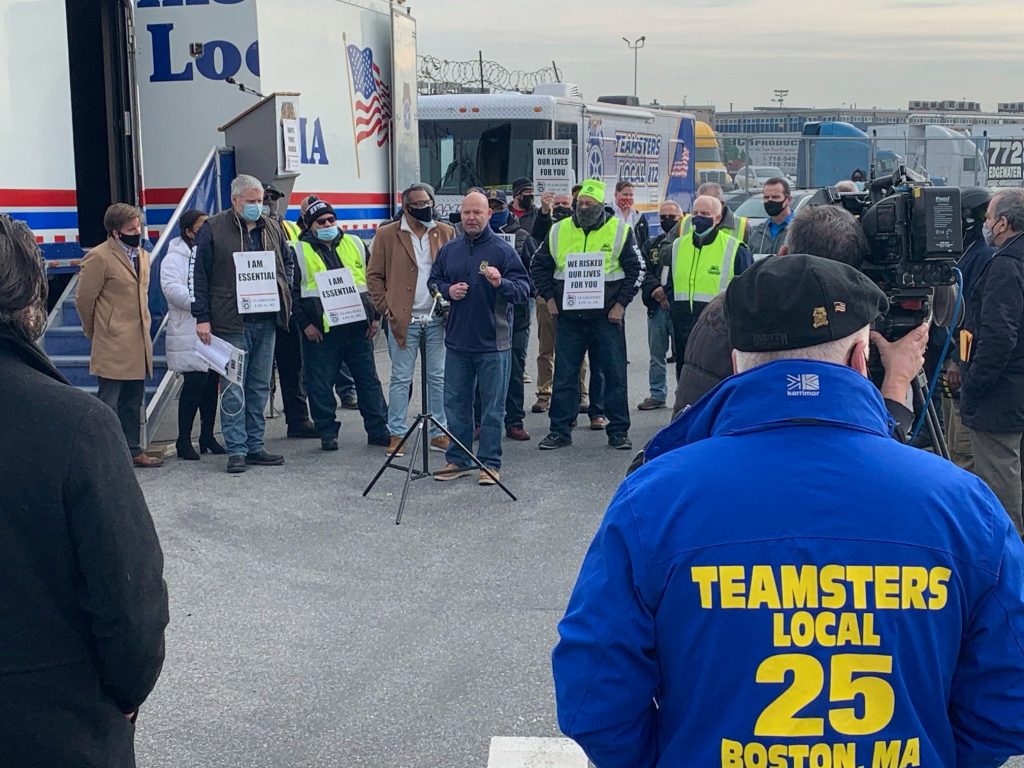 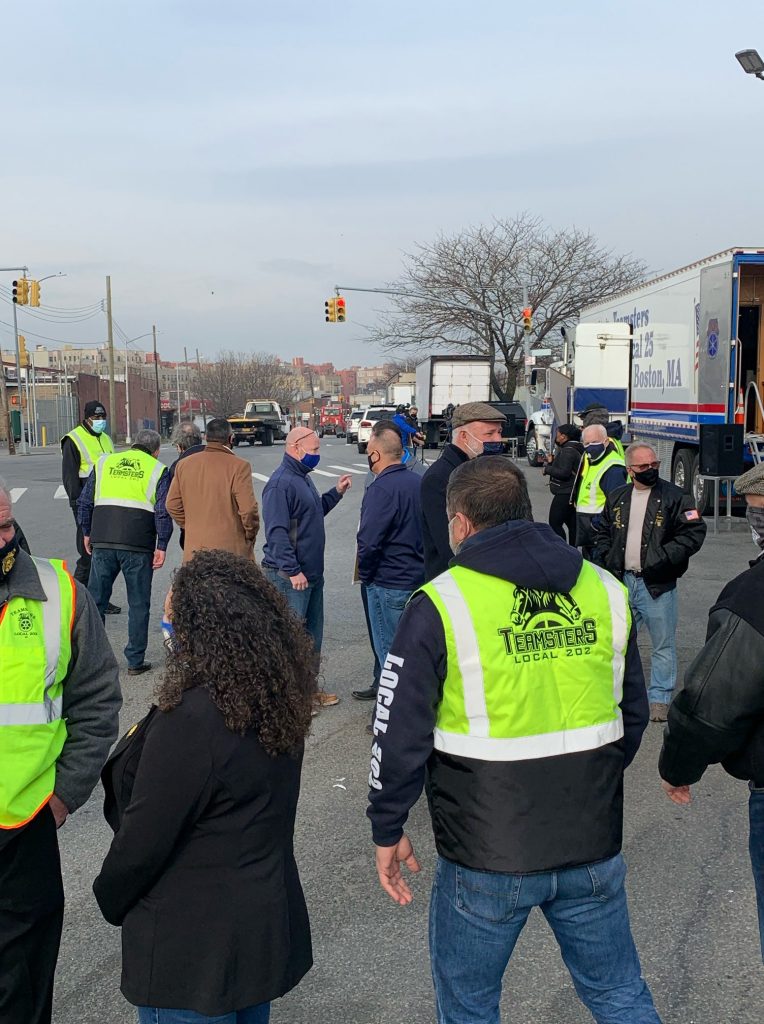 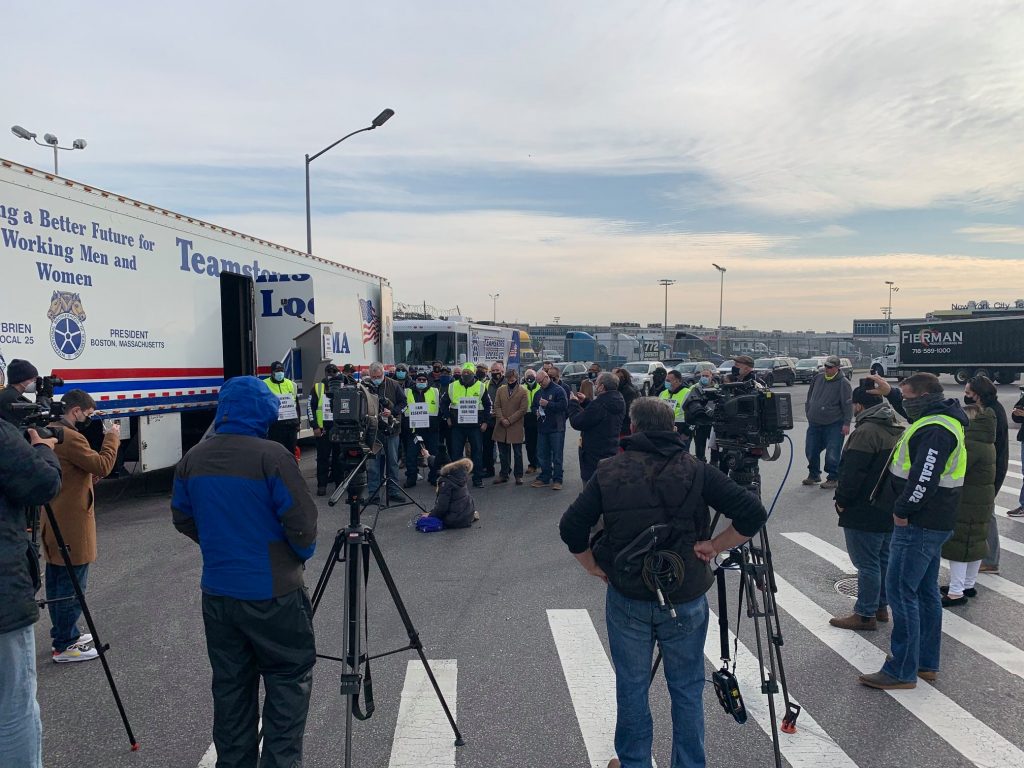 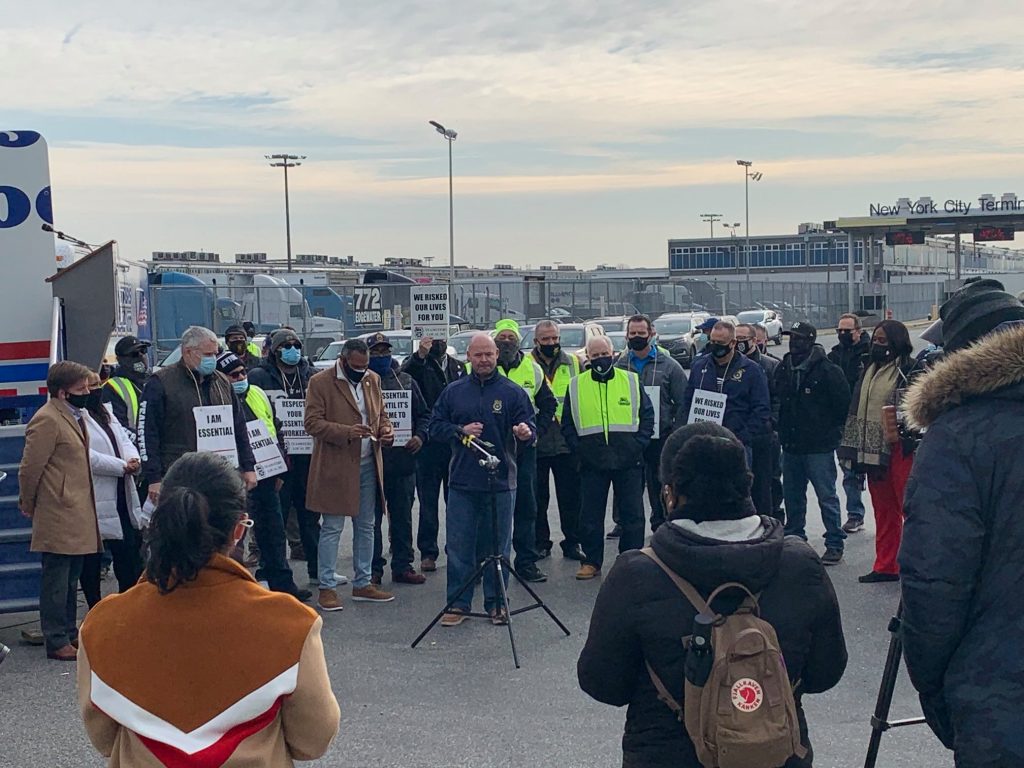 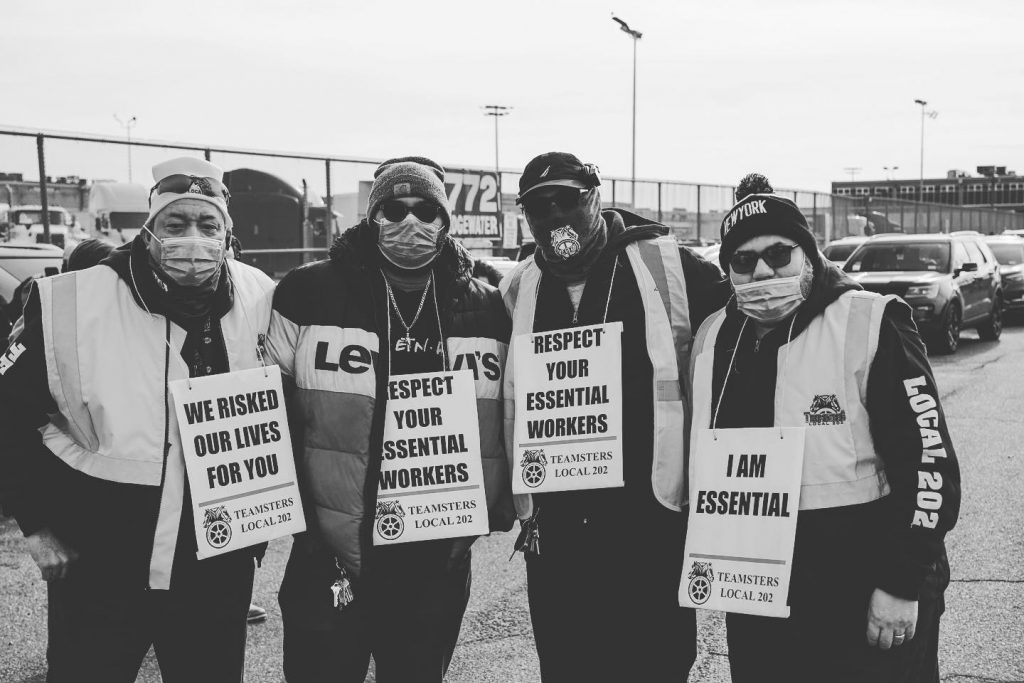