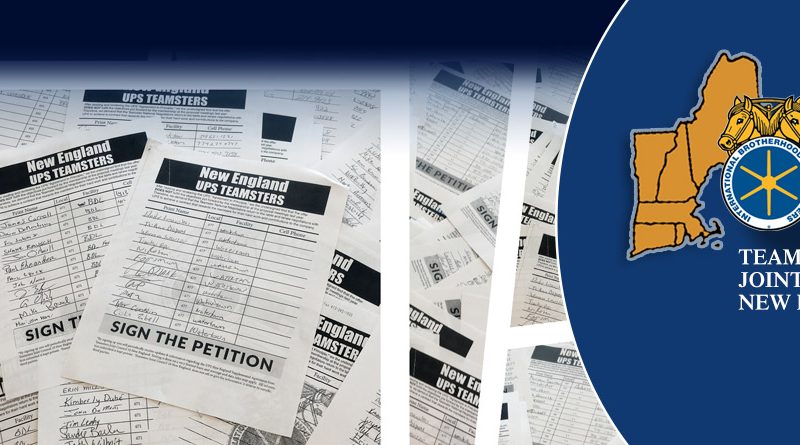 FIX THE CONTRACT
Today, Teamsters Joint Council 10 submitted more than 6,500 signatures calling on the International to return to the table and fix the deeply flawed and inadequate proposed UPS master contract.

“Thanks to the thousands of UPS Teamsters across New England who signed the petition,” said Sean O’Brien, Joint Council 10 Secretary-Treasurer and New England Negotiations Chair. “Your voices will be heard in our call to return to the table and fix the contract. Or if the International ignores this call, then you will be heard with a resounding NO vote on the Master contract.”

On Thursday, repersentatives from New England’s UPS locals will attend the “Two-Person” meeting being held in Chicago. At this meeting local union representatives will discuss and ultimately vote on whether to endorse the proposed agreement.

Leaders from New England unanimously voted to NOT endorse this agreement on a conference call last week.