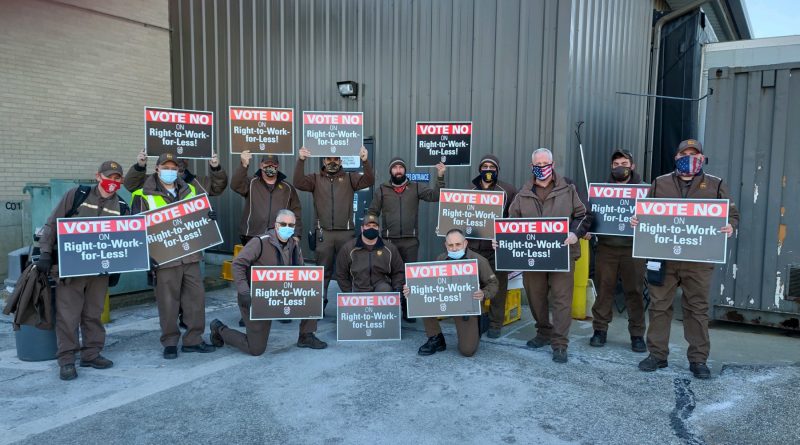 JC10 News
March 9, 2021March 11, 2021 NewEnglandTeamsters
FIGHTING RIGHT TO WORK IN NEW HAMPSHIRE
Teamsters Local 633 members at the Manchester, New Hampshire UPS facility showed their opposition to proposed “Right-to-Work” legislation yesterday.
Local 633 Secretary-Treasurer Jeff Padellaro and President Kevin Foley visited the site to educate the members regarding the most recent attempt to impose anti-union restrictions in New Hampshire.
Financed by out-of-state lobby groups, SB 61 is the latest effort by business groups to make New Hampshire the 29th right-to-work sate. The bill passed out of the Republican-controlled Senate in February. Sen. Sharon Carson was the only Republican to side with Democrats in opposing the bill’s passage. It is now before the New Hampshire House.
“Unions give workers a voice. Right-to-work laws are designed to silence that voice,” Padellaro said. “Right-to-Work s is a race to the bottom and shame on those legislators that have supported it. We will hold them accountable at the ballot box” 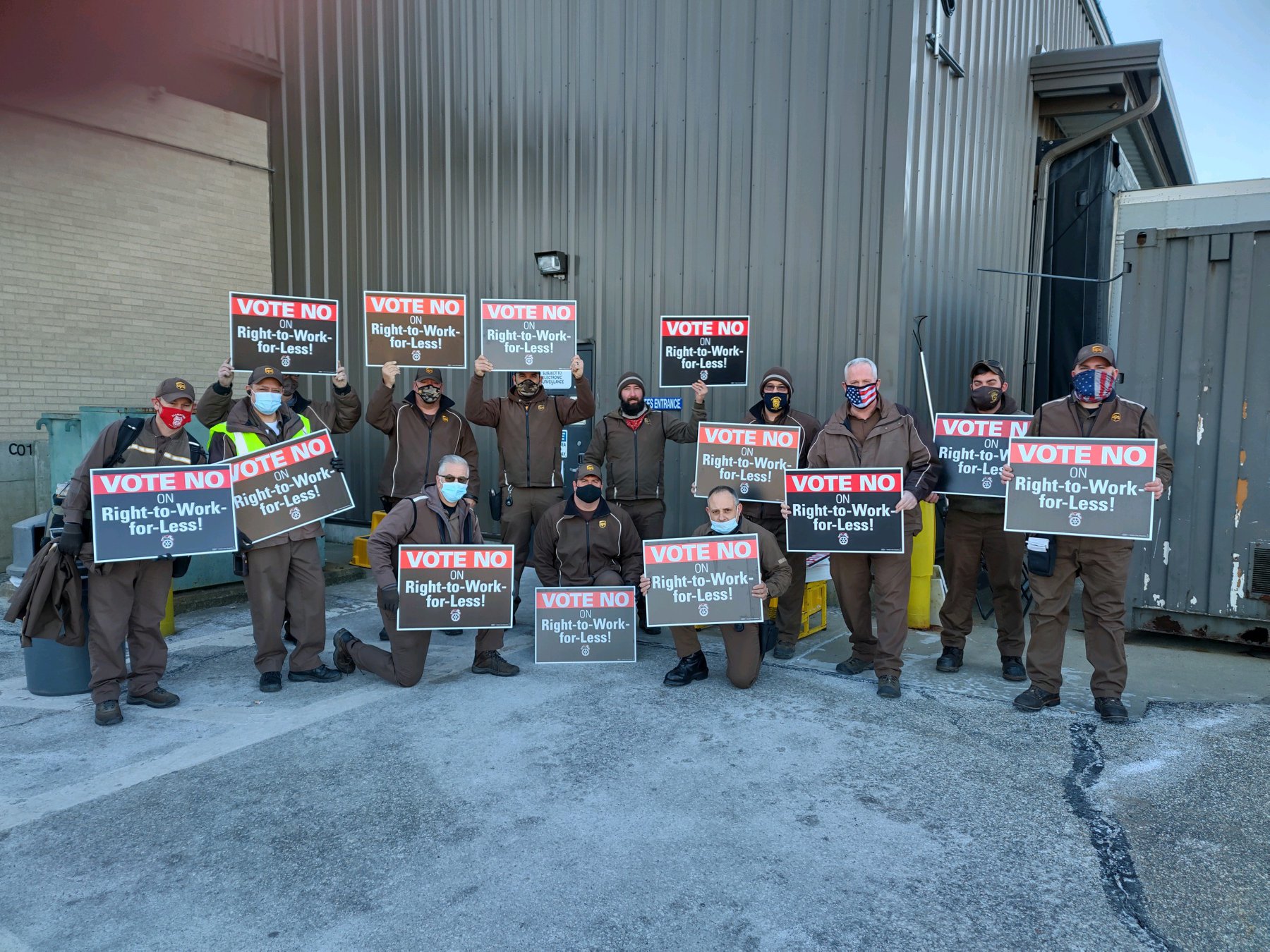