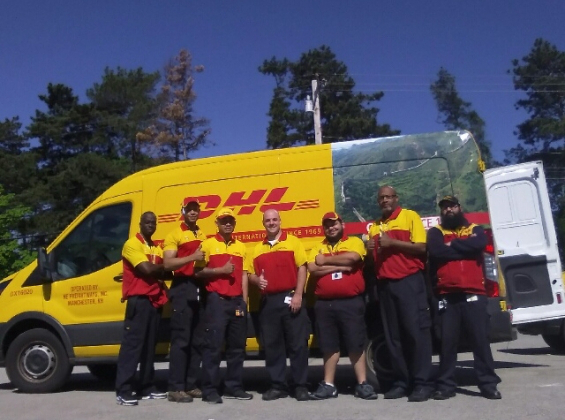 The 28 workers, who sort and deliver packages for DHL throughout Rhode Island, voted 23-2 for a union after enduring low wages, unaffordable health care and no retirement plan.

“Nothing about the campaign was easy,” said Matt Taibi, Local 251 Secretary-Treasurer.  “It was tough, but these workers stuck it out and are already focused on negotiating their first contract.”

The workers approached Local 251 organizer Mike Simone in April.  Simone and Local 251 acted quickly and formed a committee.  The entire Local 251 team joined together to beat back an anti-union campaign.

“We went for a quick election, but the company still brought in an out-of-state union buster,” Simone said. “This was an aggressive anti-union campaign.  The guys went through a lot.”

Every day the company forced workers to attend captive audience meetings.   Additionally, the consultants threatened that DHL would pull its contract if the workers chose a union.   When it was obvious their tactics weren’t swaying the workers, the company resorted to firing two supporters.

“Honestly, firing the guys turned the tide in the campaign,” Simone said. “Once the workers saw what the company was willing to do to guys they liked, everyone really came together.”

Local 251 has filed four unfair labor practice charges against the company including two filed after the dismissals.

“I’m proud of these workers,” he said.  “They saw through the lies and the half-truths and took control of their future.”

Local 251 represents workers throughout Rhode Island including more than 800 workers at UPS.  It has an aggressive organizing department.  Recently the local won an organizing victory at Roger Williams Medical Center.  The 20 skilled trades workers are already close to a first contract.