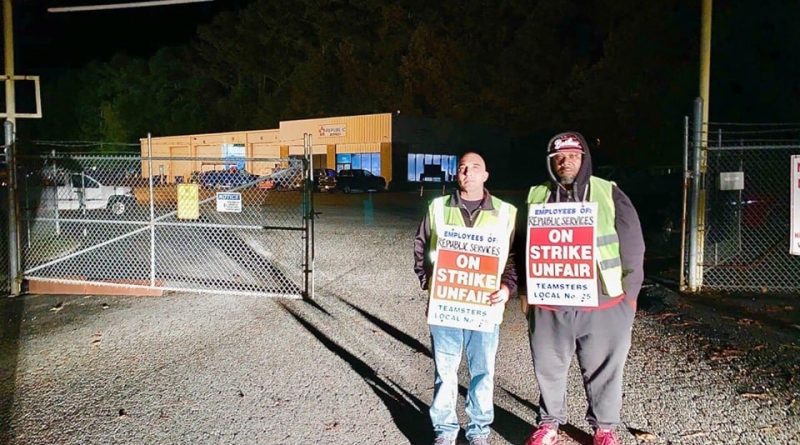 “The Georgia Teamsters who are honoring our picket line today went on a one-day unfair labor practice strike against Republic back in September to protest the company’s violation of labor law. They extended their picket line to McDonough, Ga. and Evansville, Ind. at that time,” said Teamsters Local 25 President Sean O’Brien.

Trash service for over 70,000 residents in area communities are affected by this action today. Trash pickup for businesses and construction sites in Milton, Johns Creek, Roswell, Canton and Woodstock are affected as well.

Teamsters Local 728 represents members here who are also seeking a first contract with Republic Services. The Local 25 drivers have been on strike since Aug. 29 – for 65 days. 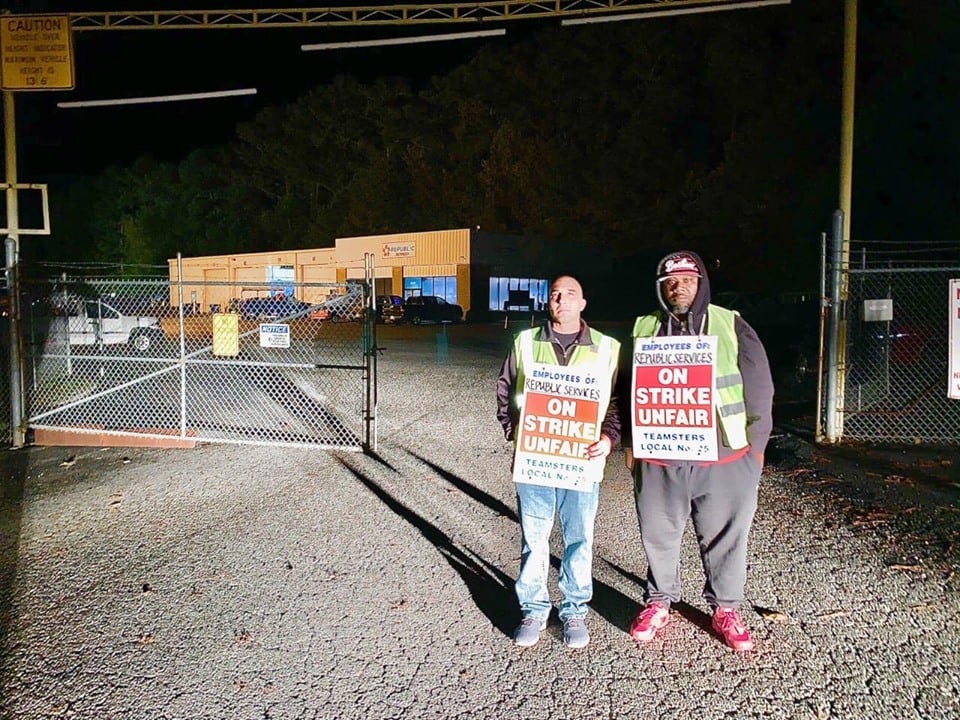