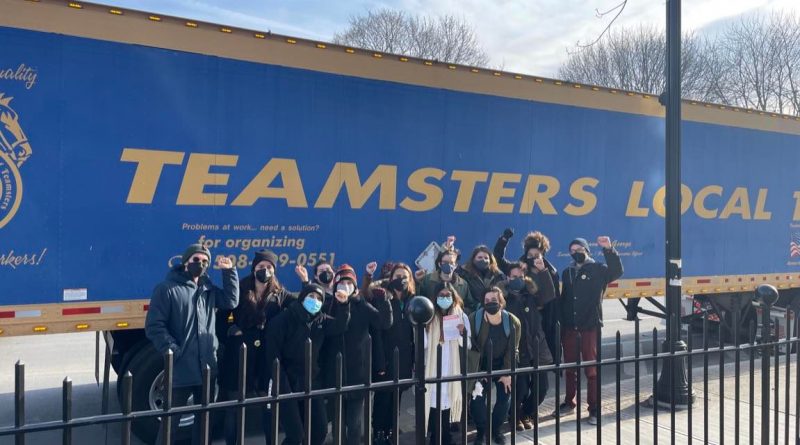 JC10 News
March 24, 2022April 5, 2022 NewEnglandTeamsters
CLARK UNIVERSITY WORKERS VOTE OVERWHELMINGLY TO JOIN THE TEAMSTERS
Yesterday 170 graduate workers from Clark University,, voted by a 93% margin, to join Teamsters Local 170. This victory comes after a hard-fought four-month organizing drive by Teamsters Joint Council 10 Organizers along with rank-and-file volunteers.
“This is a great victory for Teamsters,” said Thomas G. Mari, Teamsters Joint Council 10 Secretary-Treasurer. “These workers have an important job and should be fairly compensated. We look forward to working with them to improve their working conditions and to help them achieve a strong Teamster contract.”
Clark University workers reached out to the Teamsters at the beginning of December seeking Teamster representation. After completing one on one meetings with almost the entire group, the workers and organizers from Joint Council 10 marched on the boss and delivered a signed petition for recognition to the president’s office.
These student workers teach, research, and lecture at Clark University while completing their education. While cost of living continues to increase in the Worcester area, their stipends have not kept pace. The Teamsters Joint Council 10 Organizing Department has worked on this campaign for the past several months, informing workers of the organizing process and the strength in being part of the Teamsters union. 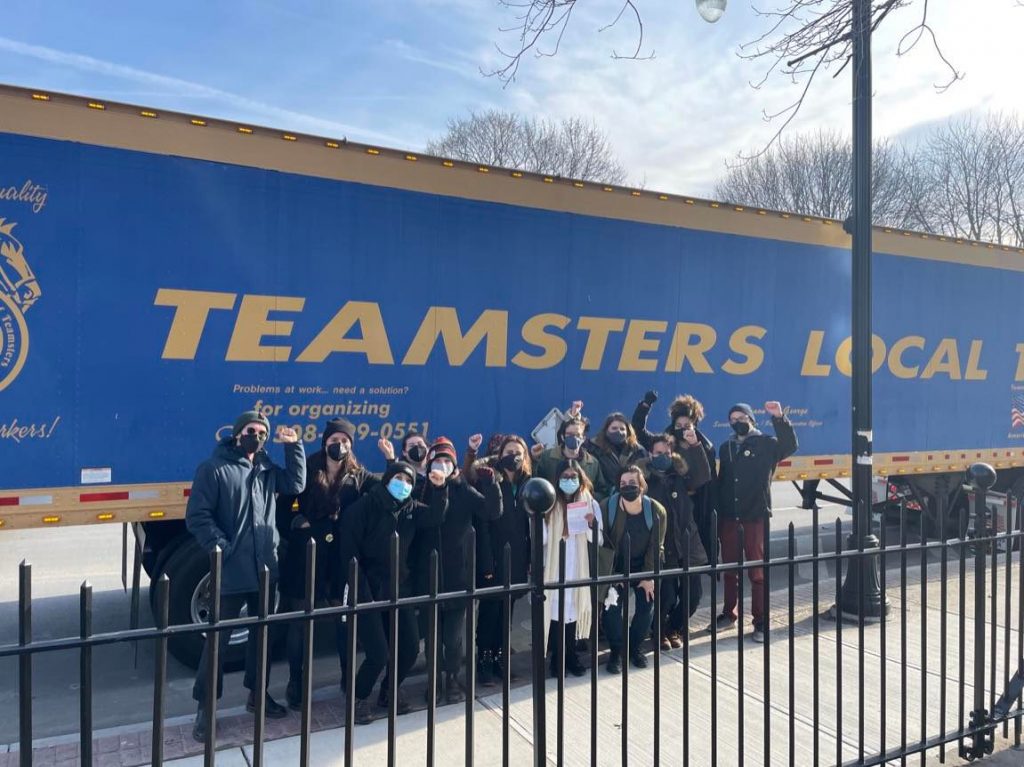 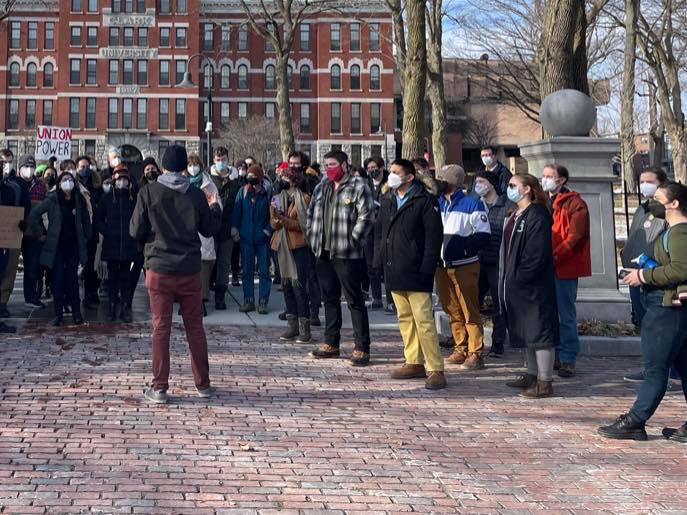