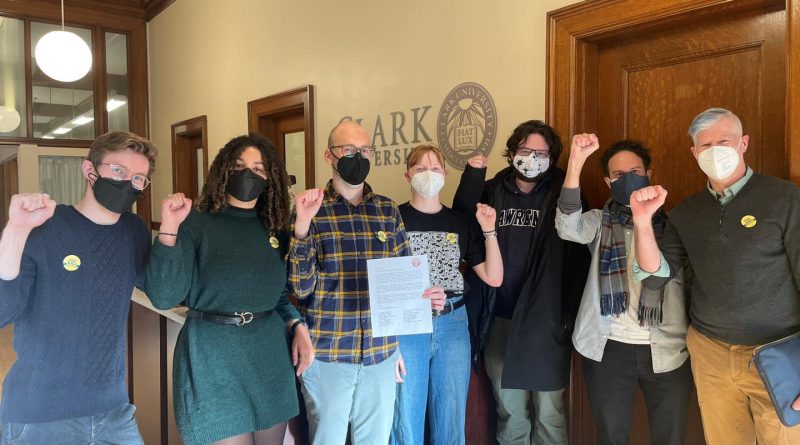 JC10 News
February 10, 2022 NewEnglandTeamsters
CLARK UNIVERSITY WORKERS FILE FOR TEAMSTER REPRESENTATION
Today 150 workers from Clark University filed for union representation with Teamsters Local 170.
Hours prior to filing for an election, the organizing committee and organizers from Joint Council 10 marched on the boss and delivered a signed petition for recognition to the presidents office.
These student workers teach, research, and lecture at Clark University while completing their education. While cost of living continues to increase in the Worcester their stipends have not kept pace. The Teamsters Joint Council 10 Organizing Department has worked on this campaign for the past several months, informing workers of the organizing process and the strength in being part of the Teamsters Union.
“When workers need a voice in the workplace they call the Teamsters,” said Sean O’Brien, Teamsters Joint Council 10 Secretary-Treasurer and International General President-elect. “Coming together and working collectively is the only way employers will give workers respect on the job.” 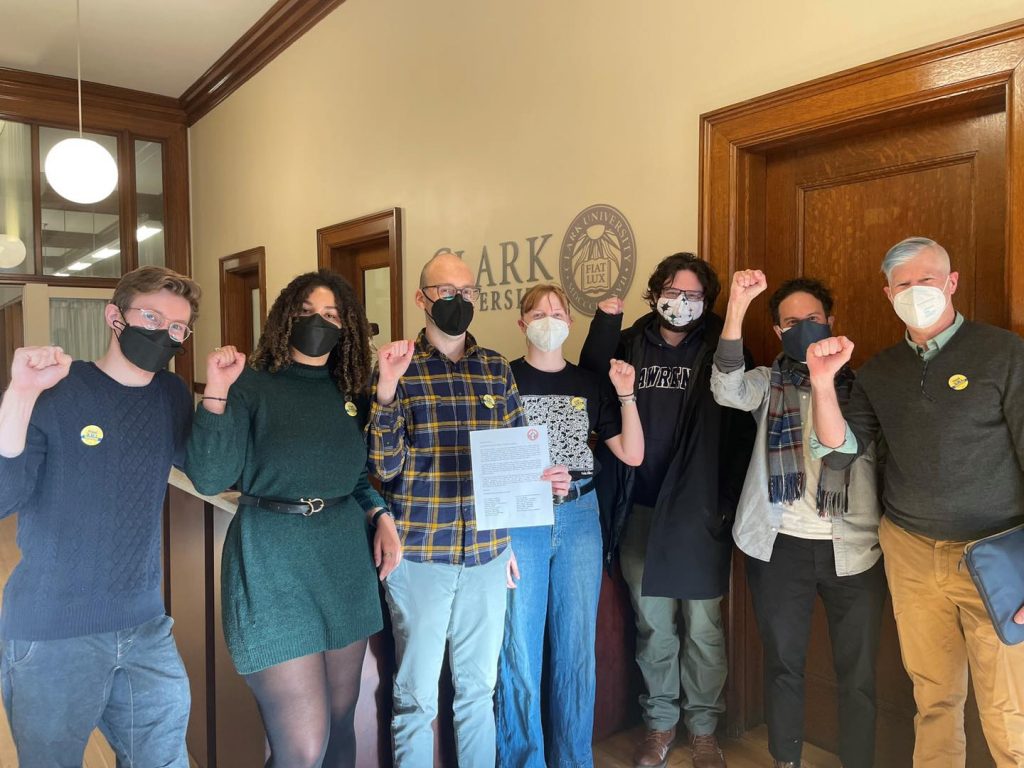