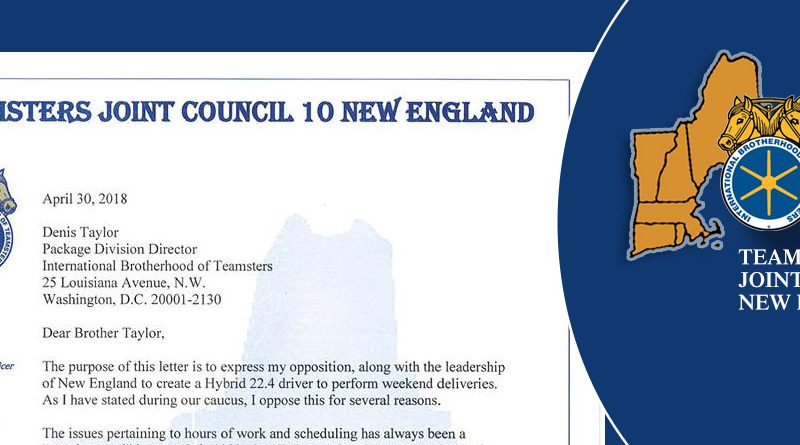 A MESSAGE FROM SEAN O’BRIEN
On Monday, April 30, I sent a letter to Teamster Package Division Director Denis Taylor voicing New England’s opposition to the proposal to create “Hybrid 22.4 Drivers”.

To date, the International has NOT responded to the issue. The last time Hoffa and Taylor offered any information about negotiations was April 27 when they issued a “Negotiations Update” that offered little but platitudes about progress.

The UPS contract is the largest private employer contract in the United States. It sets the tone for the entire nation. But more importantly, it sets the wages, benefits and working conditions for more than 230,000 hardworking Teamsters. We can no longer afford to conduct negotiations in a vacuum. The members of the committee and the members of the union have a right to be informed.