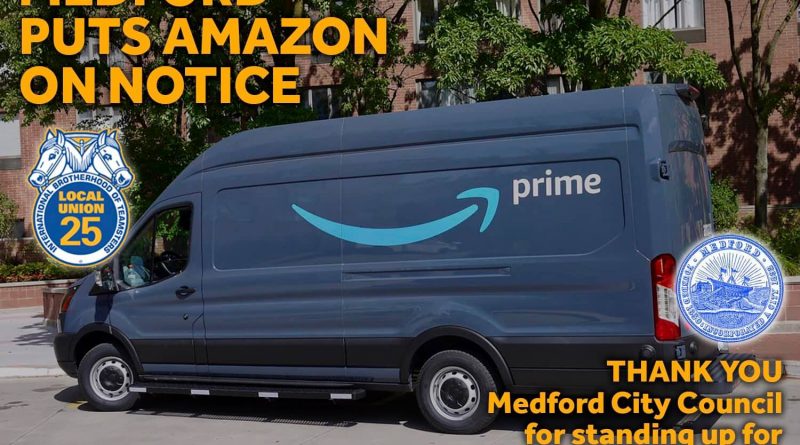 JC10 News
February 3, 2021February 5, 2021 NewEnglandTeamsters
MEDFORD PUTS AMAZON ON NOTICE: AMAZON MUST MEET AREA STANDARDS PRIOR TO EXPANSION IN MEDFORD
The City of Medford’s City council joined the Boston and Somerville councils in urging that Amazon meet area standards for wages, benefits & safe working conditions prior to any expansion in their community.
At yesterday’s meeting, Medford council members unanimously (7-0) passed a resolution aimed at the questionable safety record and unacceptable poor treatment of workers by shipping giant Amazon. The “Resolution Urging Fair & Full Employment Opportunities at Amazon,” states prior to any expansion into Medford, Amazon must meet community standards for wages, benefits and safe working conditions and confer with the International Brotherhood of Teamsters Local 25 and all interested community members. Boston was first to put Amazon on notice when the Boston City Council unanimously approved a similar measure in response to economic and public safety concerns brought to light during the pandemic.
“Teamsters Local 25 will fight any employer who refuses to treat delivery drivers with respect,” said Sean O’Brien, Teamsters Joint Council 10 Secretary-Treasurer. “Amazon should wake up and understand that delivery drivers in Medford are highly-skilled, well-trained essential workers who deservedly earn good wages and benefits to support their families. Thank you to the Medford City Council for putting the safety and well-being of delivery drivers first.”
“The expansion of Amazon is negatively impacting the well-being of our community,” said Medford City Councilor Adam Knight. “Medford has lost jobs to this mega-corporation. As one of the world’s most profitable corporations, Amazon has a social responsibility to its consumers, the environment of the communities they service, and its workers to replace jobs lost in our community during this pandemic with opportunities that meet our community standards and raise the bar, not lower it.” 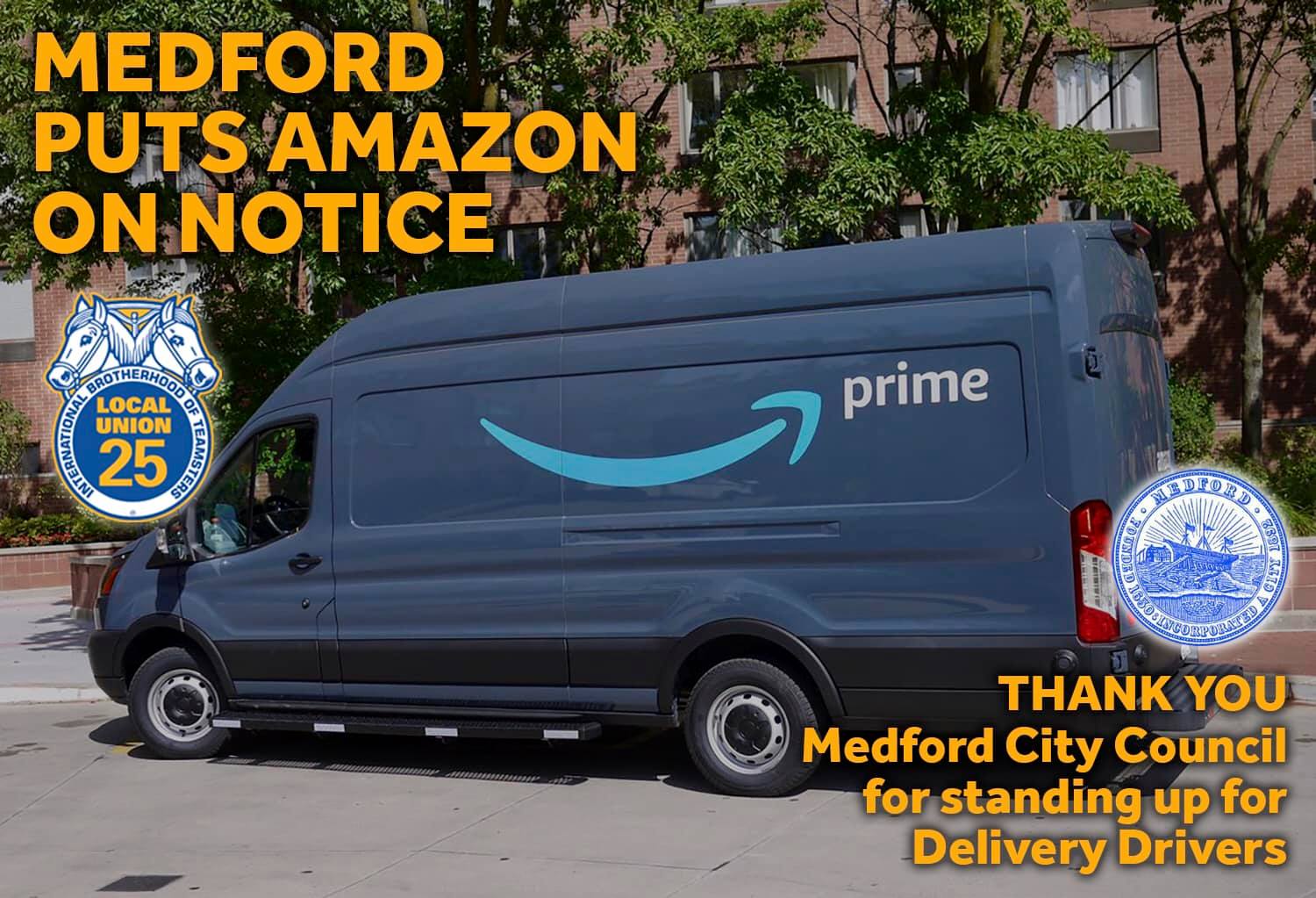