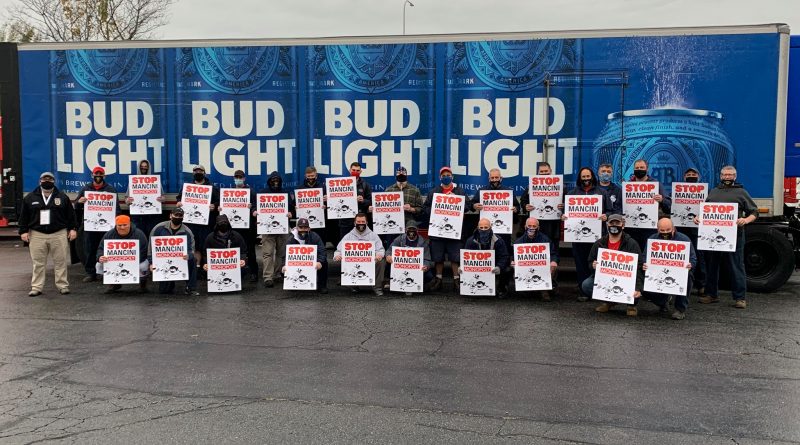 JC10 News
December 22, 2020December 23, 2020 NewEnglandTeamsters
TEAMSTERS RALLY TO STOP DEAL BETWEEN
RHODE ISLAND BEER WHOLESALERS
Approximately 50 workers at McLaughlin & Moran (M&M) cheered when management of the state’s only Budweiser distributorship announced Monday that the deal to sell the company to C & C Distributors, a competitor owned by the Mancini family, would not go forward.
“We represent workers at M&M and several Mancini companies. We tried to negotiate a fair deal with Mancini but they demanded our members take pay cuts of $7 or more per hour and give up their pension,” said Matt Taibi, Teamsters Local 251 Secretary-Treasurer.
“It’s outrageous what some of these corporations try to do to workers,” said Sean O’Brien, Secretary-Treasurer of Teamsters Joint Council 10, which represents more than 55,000 workers throughout New England. “This deal would have hurt our members, small business owners, consumers and all the citizens of Rhode Island.”
In July, Mancini applied to the Department of Business Regulation (DBR) for approval to transfer the wholesaler liquor license owned by M&M to one of their companies. A hearing was scheduled for October 30. Teamster members, their supporters, business owners, and ordinary citizens jammed the virtual hearing and came out in strong opposition.
“We had been in contact with the Governor and other supportive politicians to state our position on the deal. We flooded the DBR with petitions signed by bar, restaurant and liquor store owners and their patrons,” Taibi said. “We ran a full-page newspaper ad and even put a billboard up on I-95 to alert consumers about this shady deal.”
On December 14, DBR Director Elizabeth M. Tanner announced that DBR will not approve the license transfer without investigating Mancini’s ownership of other alcohol distributors and whether Mancini is violating state prohibitions on chain store alcohol sales. Days later, the M&M sale was dropped.
“We’re proud that Teamsters joined with the community and small business to shine a light on a corporation that wouldn’t negotiate a fair deal,” O’Brien said. “If they want a fight in the boardroom, the courtroom, or the streets, we’ll take them on every time in the name of doing what’s best for workers.”
“If the DBR had approved the license transfer we would have asked the attorney general begin a public process to start an antitrust investigation, based on the information we had already supplied. Workers were ready to strike to protect their wages and benefits,” Taibi said.
“This will be the best Christmas my family has had in a long time,” said Robert Medeiros, an M&M driver fo
r over 20 years. “My family is healthy and my wages and pension are safe.” 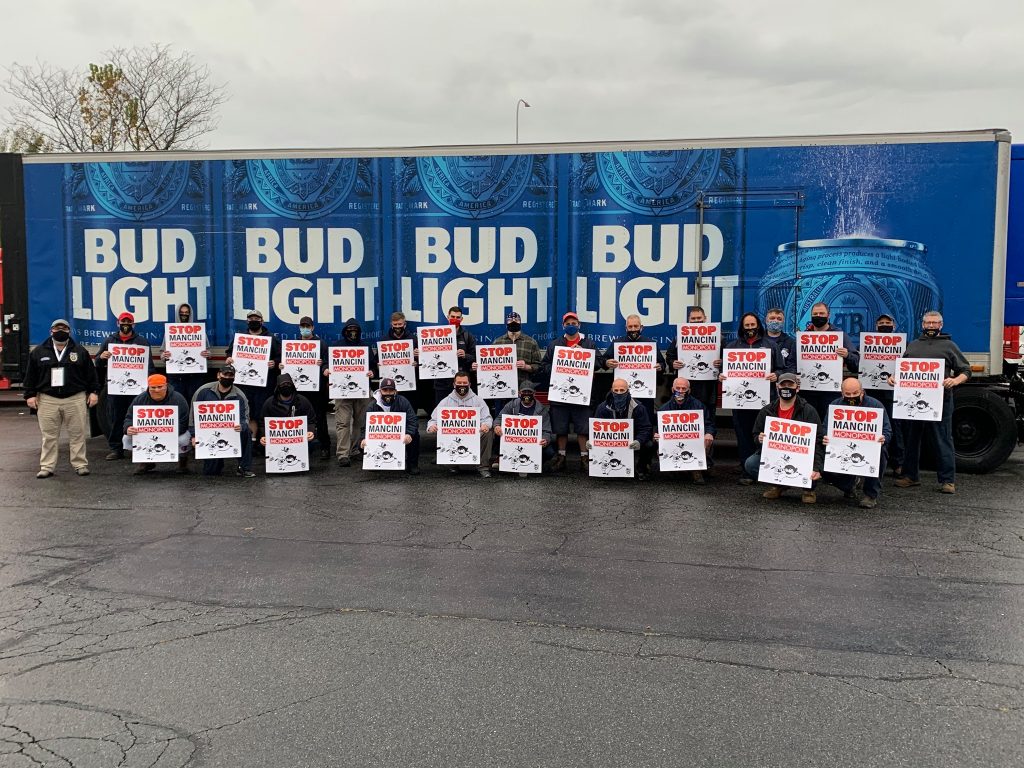