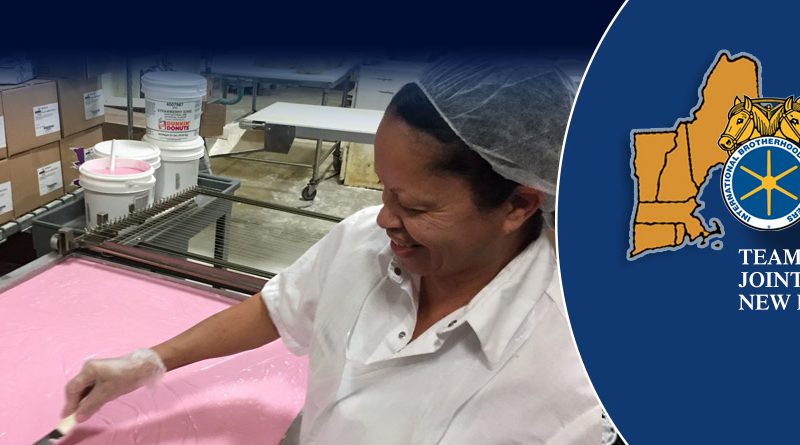 Well, the next time you stop in a Dunkin’ Donuts in Eastern Massachusetts thank a Teamster.

Local 653 Teamsters make all the donuts and bagels for 150 Dunkin’ Donuts throughout Eastern Massachusetts.

The drivers, led by steward Tom Lydon were the first group to organize at Liberty Bakery Kitchen’s location in Brockton, Massachusetts. The inside workers followed about a year later.

The 100 bakers, drivers and maintenance workers ratified their first contract in February 2018.

“People wanted better working conditions. The wages need to be increased, because we never had a raise,” said Maria Veiga, the lead organizer, who along with Wilson and Paulo Martins are the inside workers’ first stewards. “We learned what the Teamsters were doing for the drivers and the wanted that too.”