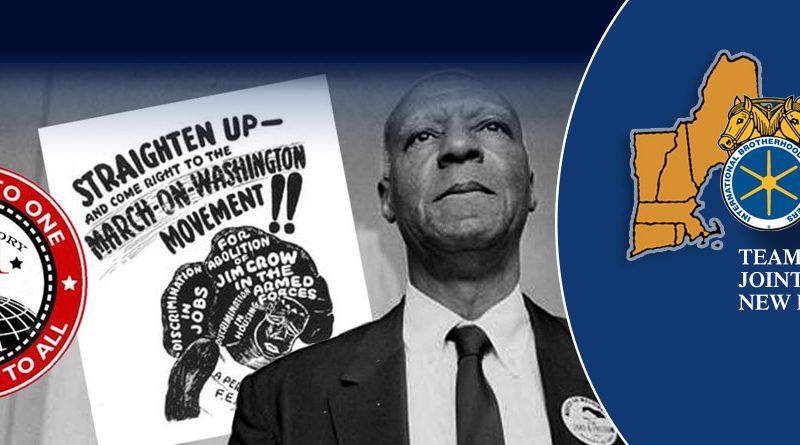 LABOR HISTORY 101: A. PHILIP RANDOLPH AND THE MARCH ON WASHINGTON THAT DIDN’T’ HAPPEN
Did you know that before labor leader A. Philip Randolph organized the 1963 March on Washington, he had organized another march that he cancelled after U.S. President Franklin D. Roosevelt acceded to his demands.

After initially rebuffing Randolph’s demands for equal opportunity in the defense industry, FDR agreed to meet Randolph at the White House. The meeting took place on June 18, 1941. Randolph informed FDR about a proposed March on Washington that would have potentially drawn more than 100,000 people to Washington DC. Roosevelt demanded that Randolph call the march off. Randolph refusal to back down forced Roosevelt’s hand. Roosevelt quickly issued Executive Order 8802, which prohibited race discrimination in the defense industries. In exchange, the march was called off.

It is an early victory in the long and continuing road to end employment discrimination.