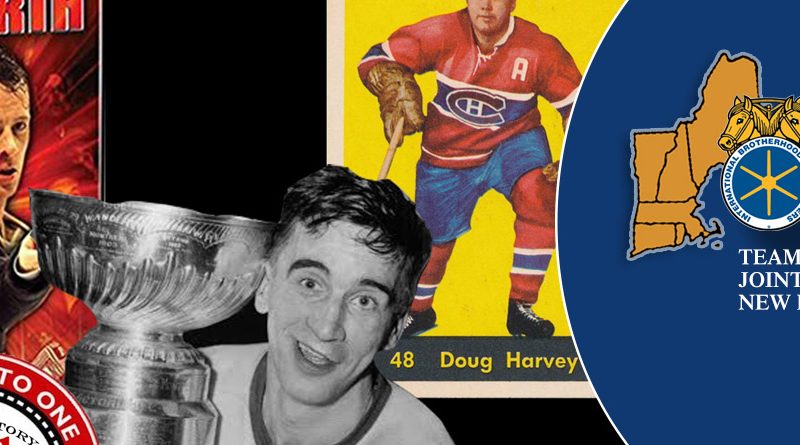 I WENT TO A HOCKEY GAME AND A UNION BROKE OUT
Before helmets and mouth guards, Detroit Red Wing “Terrible” Ted Lindsay was known as a fighter.

But the fight of Lindsay’s life wasn’t on the ice. The NHL Hall of Fame forward, and nine-time All Star whose number hangs from the rafters in Detroit led the first struggle to form a union among professional hockey players in the NHL.

When NHL owners refused to release pension plan information in 1957, Lindsay and Doug Harvey of the Montreal Canadians led a small group in fighting back. (At the time, hockey teams practically owned the players for their careers – some even needed summer jobs to make a living.)

The duo started secretly organizing. And they demanded more than pension transparency. They demanded minimum salaries, increased hospitalization, game limits among other things. The group used the code word “association” because the word union struck many too militant.

The choice in words didn’t stop the owners from lashing out. As a result of his activism, Lindsay was stripped of his captaincy and then traded to the Chicago Blackhawks. Owners started a planted fake stories about him in the press they messed with Harvey too. Lesser-known players were sent down to the minors.

The owners pitted players against each other and used the differences between Canadian labor law and U.S. labor law as well to thwart the effort.

Terrible Ted and his colleagues stood tough. He initiated an anti-trust suit against the league. Ultimately the initial push to form a union was defeated, but the group forced the owners to accede to its demands at the owner’s meeting in 1958.

In 1967, the players finally won a union when the NHLPA was formed.

CHECK IT OUT: In 1995, the Canadian TV film “Net Worth” chronicled the players’ struggle and the owners union busting tactics.