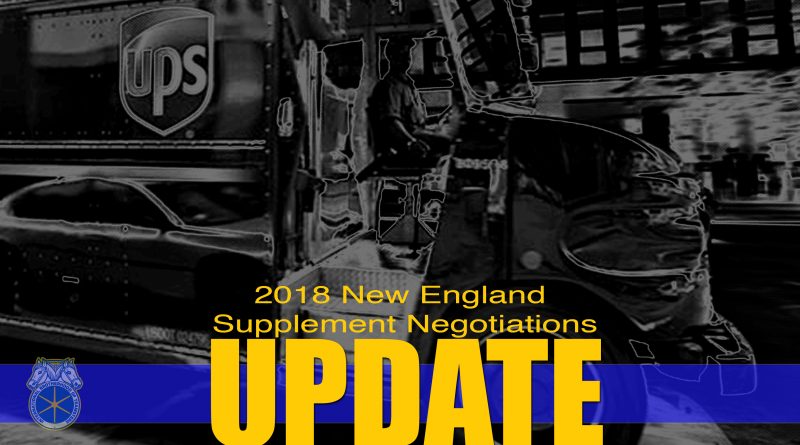 A MESSAGE FROM SEAN O’BRIEN

Negotiations in New England have been going very slowly. UPS management is demanding many concessions from our members. Teamster leadership across New England will not accept and or agree to any concession proposed by the Company.

UPS is a profitable company and we are concerned with our members who work hard day in and day out to make this Company the success they are. Improving the bottom line and corporate balance sheets will not compromise the integrity of our Members contract during these negotiations. The labor of Teamster members built this company and the people performing the labor MUST be recognized and rewarded.

Here are a few facts:

The Company wants to take away the following:

Economics such as Health and Welfare, Pension, and Wages have yet to be discussed.  New England Teamsters demand that UPS stop screwing around and come to the table to bargain fairly. The clock is ticking.